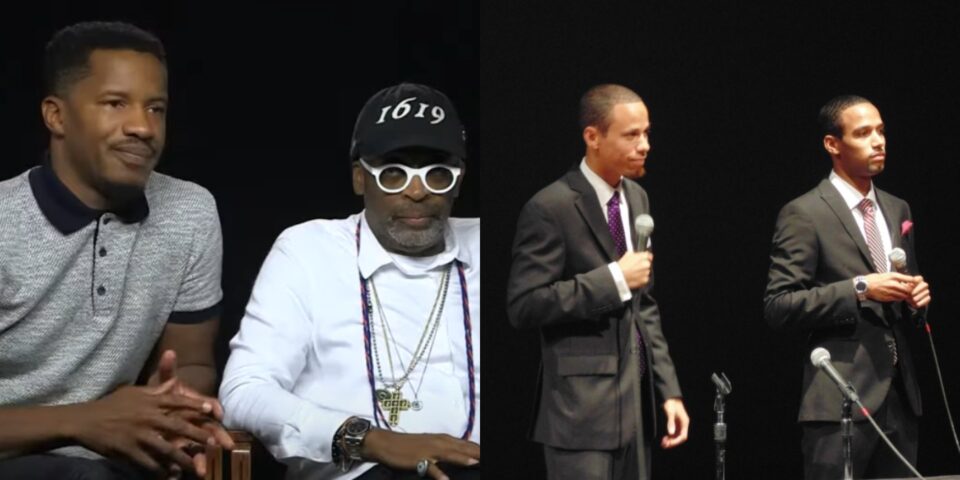 Filmmakers Spike Lee and Nate Parker have been slapped with a copyright infringement lawsuit over their 2019 film American Skin.

The movie debuted at the Venice Film Festival two years ago and a wider release earlier this year. But two independent filmmakers sued Lee and Parker on Wednesday, claiming they “stole” the idea for American Skin from a screenplay they wrote and submitted to various Hollywood executives a few years prior.

Selton and Langston Shaw say Parker and Lee’s film serves as a ripoff of their 2017 screenplay A Routine Stop, The Wrap reports. Parker, Lee, and three affiliate companies were named in the suit filed in the United States District Court for the District of Columbia.

According to the suit, both scripts focus on police brutality against Black people and the country’s history of systemic racism that supports it. But the Shaw brothers claim Parker and Lee knowingly copied major themes from their screenplay, including characters, storylines, the logline, and other key components.

Parker and Lee’s American Skin tells the story of a war veteran who seeks justice when police kill his unarmed son during a routine traffic stop. Parker directs and stars in the film while Lee served as a producer and had his “Spike Lee Presentation” included when the film debuted at the Venice Film Festival, Looper reports.

In the suit, the Shaw brothers list the “uncanny” similarities between the two scripts. They say they submitted the script to the 2017 American Black Film Festival. Though the script did not win, it was still reviewed by a panel of industry professionals serving as judges. Two years after the festival, Parker’s American Skin premiered at the Venice Film Festival.

“We put our blood, sweat and tears into turning a tragic reality of society into a screenplay that would resonate with audiences, only to see someone else earn acclaim and profit from our work,” said the Shaw brothers. “We filed this lawsuit to get back what was wrongfully taken from us.”

This isn’t the first time Parker has been accused of stealing the intellectual property of a Black creative. In June, Parker was put on blast by one woman who claimed he blatantly stole her idea for a Black streaming network after reaching out to her for a job opportunity.

I did counter but I never heard from him again, well until today. I got a DM from a recruiter on LinkedIn about Nate Parker starting his own global black streaming service that sounds almost identical to @kweliTV’s mission 🤨… 🧵 4/ pic.twitter.com/Hl1xbWB0f9