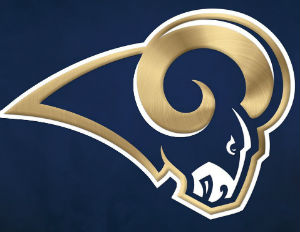 Earlier this year, a couple of defensive ends from the St. Louis Rams, William Hayes and Chris Long, set out to educate themselves and others about some of the realities of homelessness in America. Their journey, originally one of self-discovery, was picked up by ESPN prior to its commencement and aired Sunday on the network’s “Sports Center” program, alongside an extensive feature on ESPN.com, helping to spotlight and raise awareness around the issue.

Chris Long, son of Super Bowl champion and Hall of Fame player Howie Long, spoke at length about the experience via his Twitter account and engaged fans, advocates, and even those who criticized the act as half-hearted, claiming that the players could never truly experience homelessness with their contracts and luxurious homes waiting. In a series of tweets regarding raising awareness, Long stated:

“We were supposed to stay in a shelter after our first night on the streets before our cover was blown. […] We were apprehensive about allowing those cameras along with us in our experience. ESPN hit us up a few days before.”

“I think raising awareness is important on a lot of levels but the thing I took away was the human element of the problem. Awareness can’t fix everything, and just two days and a night on the street didn’t give us any answers. It did, however, give us perspective.”

“I hope that I can give more of my time, energy and resources to the cause in the future. William has been a real champ the last few years. […] I do regret not being able to stay out longer. A stay in one of St. Louis’ shelters would have been very valuable. We were found out day two.â€

Per the ESPN.com report, the idea came about on the Rams team bus when Hayes told Long he wanted to experience what it was like to be homeless, and asked if Long would join him.

While both had proven to have noble hearts when it came to those less fortunate, this was their first experience sleeping without shelter. Long, along with the rest of the Rams defensive line had, for the last several years, been donating $1,000 for every sack to the St. Patrick Center, a local homeless resource Long had never visited. Hayes was more active at the Patrick Center, taking visitors to dinner and to the movies, as well as playing them in games of Bingo. After their most recent time spent in the streets of St. Louis, both playersÂ  expressed an extreme feeling of humility and an update in their perspectives:

“Both Hayes and Long say the experience changed their lives. Hayes hated the way people stared at him as he walked the streets, judging him by the way he looked. Long used to look the other way when he saw a homeless person. He’d write checks to the St. Patrick Center but, for a long time, says the people there were just faceless recipients of his good fortune. Long made his first trip to the facility right after his night on the streets and promised he’d be back.â€

For more on their experience, check out the full video segment here: