Exclusive: Stacey Abrams Is Fearless As Ever Heading Into Her Second Battle With Brian Kemp 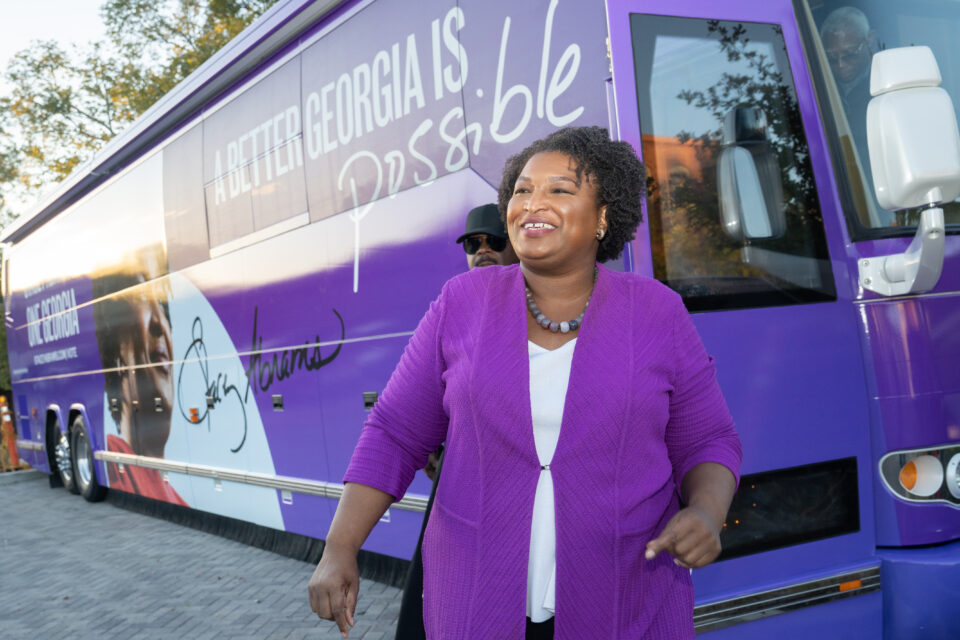 Heading into her second election against Gov. Brian Kemp, Fair Fight founder and voting rights advocate Stacey Abrams’ confidence is higher than ever.

“The first time was an opportunity to show Georgia what was possible and I’m proud of the work we did,” Abrams told BLACK ENTERPRISE.

“In 2022, we are dealing with COVID-19, continued racial violence and economic turmoil for many communities and people are just exhausted. It’s been six years of non-stop elections trying to save our democracy and save our community.”

Abrams knows the Peach State is dealing with a lot. Many of the state’s residents are hurting financially emotionally and physically and they’re hoping for change.

Abrams is trying to create change by running for governor and if elected will put policies in place to benefit businesses, healthcare and education ins the state no matter what race, which hasn’t been at the forefront of Georgia’s political goals.

“Here in Georgia we have hospitals closing, we have gun violence, we have defunded schools, all of these disproportionately impact communities of color,” Abrams said. “I’m running for governor because I understand how important hits job is and without having a governor who sees us as well as serves us we’re going to be left out and left behind.”

Part of Abrams’ plan is to use Georgia’s $6 billion surplus and put it back into the pockets of its residents to make sure they have more opportunity in cities and communities, something Abrams admits she and her supporters have been waiting for.

“I’m excited, I’ve seen it across the state and the people I’m talking to, they want to get out and vote,” Abrams told BLACK ENTERPRISE.

“They want to know they are ready for more. Georgians are excited and want what’s available, they want this money to be invested in their communities and know they can show up across the state and we’ll be there to help them.”

Abrams sports a robust plan for the Peach state that includes a plan for Black men, Black women, Asian Americans, and Pacific Islanders as well as the Native American community. The HBCU  graduate is currently sharing her vision on a bus tour running across the state to every region to make sure Georgia residents hear from her what’s at stake and what the true potential looks like for everyone in the Peach State.

The Fair Fight founder also knows it won’t be easy to defeat Kemp.

Since their last battle, Kemp has signed an elections restriction bill into law limiting absentee voting, drop boxes, and early voting. Abrams believes the best way for Black and minority voters are prepared to exercise their right to vote, is to be informed before going to the polls.

“We also know that voter suppression can be defeated by voter presence,” Abrams told BLACK ENTERPRISE.

“When we overwhelm the voting polls with our presence, we can defeat the long-term effects of voter suppression. When we turn out to vote, it’s harder to stop all of us, so we need everyone to understand the aggressive voter suppression tactics in their community and make a plan to vote early, make sure they understand what the rules are where they live.

“In Georgia, early voting starts October 17 and runs up to November 4,” Abrams added.

“We have Saturday voting and Sunday voting but what is so much more important than anything is showing up because when we show up they cannot shut all of us down that’s what we saw in 2020 that’s what we saw again in 2021. In Georgia, if we hold our power and show up  we can change the future for ourselves our children and our communities.”