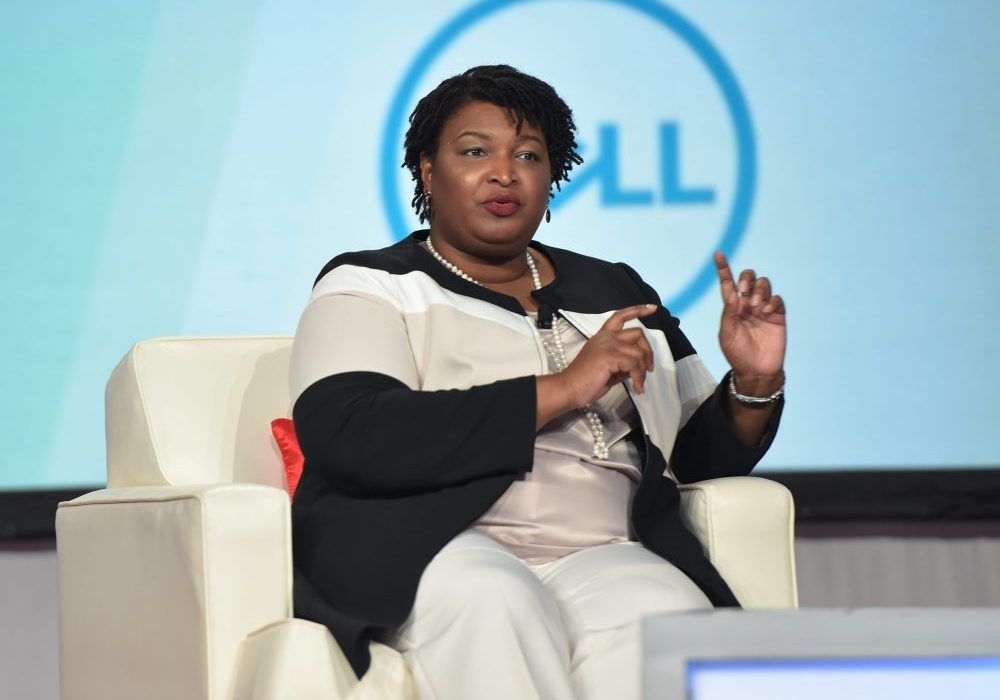 Voting rights advocate Stacey Abrams rejected comparisons that she and President Donald Trump are “two sides of the same coin” when it comes to their refusal to concede.

During a fundraiser with the cast members of the CW’s Supernatural, Abrams discussed her decision not to concede to then-Georgia Secretary of State Brian Kemp, who was accused of widespread voter suppression in the 2018 gubernatorial race. While speaking, Abrams brought up an op-ed the current Georgia Secretary of State Brad Raffensperger wrote for the Wall Street Journal comparing Trump’s refusal to concede with Abrams.

However, Abrams believes the two shouldn’t be compared at all.

“Voter fraud is this myth and if you don’t believe it, Donald Trump has now lost 51 cases in conservative courts, in liberal courts, in the Supreme Court. Nobody can prove it because it doesn’t exist,” Abrams said. “But what they’re using the specter for voter fraud to do is to scare people out of believing that they need to fix voter suppression.

“And that’s what’s so dangerous about what Donald Trump is doing,” she continued. “The Wall Street Journal tried to compare me to Donald Trump and say we’re both two sides of the same coin. We’re not even the same currency.”

Since the state was declared a win for President-elect Joe Biden, Trump has unleashed an assault on Raffensperger and state election officials. Georgia Senators David Perdue and Kelly Loeffler, who are fighting for their lives in the Senate runoffs have also called on Raffensperger to resign. Trump supporters have also been threatening election officials on social media and through emails.

When Kemp was named the winner of the 2018 race, Abrams filed a lawsuit blocking two counties in the state from throwing out absentee ballots with minor mistakes. Abrams later said she wasn’t trying to change the elections results, but instead addressing voter right issues. Ten days later, Abrams acknowledged her defeat.

No one knew it at the time, but Abrams’ loss to Kemp set the wheels in motion for Biden to win the state two years later. After Abrams’ loss, she made sure it wouldn’t happen again. Abrams started Fair Fight, a national voting rights organization that began in Georgia. Her organization directly led to more than 800,000 Black Americans in the state to register and vote, leading to Trump’s defeat in the state.

Abrams also spoke about the difference between her legal action after her election and what Trump has done with his barrage of frivolous lawsuits.

“My goal is to make certain that everyone who wants to vote and is legally eligible to vote can cast a vote. He’s arguing that the wrong people got to vote and that’s why he lost,” Abrams added.

The voting right advocate and HBCU graduate is a huge fan of the show Supernatural, a show about two brothers, Sam and Dean Winchester, who hunt ghosts, demons and the supernatural. More than 13,000 people tuned into the fundraiser which collected more than $225,000.