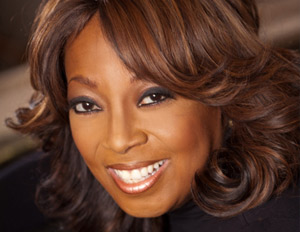 Star Jones, president of the Professional Diversity Network,Â has been confirmed to participate inÂ Black Enterprise’s 2015 Women of Power Summit. Set to moderate “Masterful Moves with Optimal Impact,â€ Jones will lead a discussion that brings together a panel of esteemed women to discuss how to maneuver through career moves and capitalize on opportunities in the most impactful way.

Jones’ own career path—full of major transitions across industries including law and television— is an ideal blueprint for masterful power moves. Focused and polished, Jones rose through the legal industry ranks, from homicide and major crime prosecutor to become senior district attorney of New York City. Her knack for being able to eloquently translate legalities into layman’s terms attracted television producers eagerly seeking Jones’ charisma, knowledge and input on the hottest crime stories of the day. Her work as a legal correspondent, commentator, and analyst spans more than 20 years and includes a memorable run as a co-host on ABC’s The View, from 1997-2006.

Jones has graced the covers of numerous magazines and authored bestselling books includingÂ You Have to Stand for Something, or You’ll Fall for Anything (Bantam), and Shine: A Spiritual, Emotional, Physical Journey to Finding Love (HarperCollins). Her book Satan’s Sisters (Gallery) is currently on the Hollywood development circuit. And since 2011, she’s been the face of the American Heart Association’s National Go Red Effort.

As she changes the world through savvy professional moves and charitable efforts, Black Enterprise is proud and excited to have Jones a part of 2015’s Women of Power Summit.