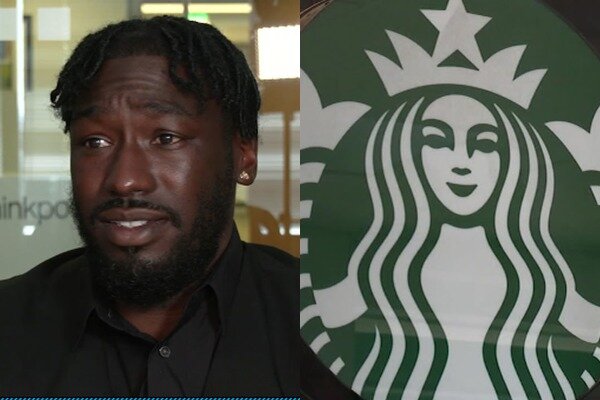 Looks like some members of the Starbucks team still haven’t learned the valuable lesson of diversity and inclusion when it comes to treating every customer with respect.

A Black man from San Francisco aired out Starbucks on Instagram after he says he was targeted and forced to wait for his order outside while other patrons remained inside. “Come straight up to me points to the door and says I need you outside,” Bryce Ward told ABC 7 News. “And at that moment, man, it’s embarrassing. It’s irritating. Humiliating. Why me,” he asked.

However, Ward says he only stayed inside the store because he saw two women leave and thought he was still meeting the capacity restrictions. After showing his receipt showing that he paid and was waiting for his order, Ward said a manager told him he had to leave due to the store being at capacity in Santa Clara County’s COVID restrictions. After noticing other customers still inside, Ward says he feels he was targeted because he is Black.

“I was the only Black (person) in there. I don’t know what was going through her mind,” Ward said. “You see all this traffic coming in and out and you didn’t say anything to anybody else? Why are you singling me out?,” he said in frustration. After sharing the incident on Instagram Starbucks released a statement apologizing. “We have no tolerance for discrimination of any kind in our stores and we never want a customer to feel discriminated against. We apologize to Mr. Ward for his experience and have retrained staff on how to respectfully navigate capacity limits to protect the health and safety of partners and customers.”

Ironically enough, a spokesperson told ABC7 News that there is no surveillance video available of the incident. “How convenient that the very key piece of evidence that would corroborate what took place here, and would probably turn into a viral video once it was released, no one can seem to find it,” said Adante Pointer, Oakland-based civil rights attorney. “I just want to make sure it doesn’t happen to anybody else,” said Ward.