The Stark Reality about Entrepreneurs of Color 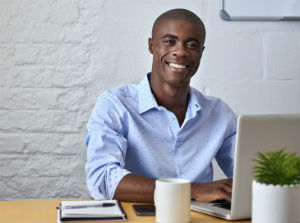 The stark reality about entrepreneurs of color is that their brilliance, ingenuity, and grit are boundless.

In 2016, we hosted 12 casting calls in nine U.S. cities, engaging thousands of entrepreneurs. Incredible businesses led by black, Hispanic, women, veterans, and other entrepreneurs from communities underrepresented in the business world pitched to appear on Season 8 of Shark Tank.

According to the latest stats from the Minority Business Development Agency (MBDA), entrepreneurship is on the rise in communities of color.

Minority-owned firms in the U.S. rose from 5.8 million in 2007 to 8.0 million in 2012; an increase from 22% to 29% of the total number of U.S. firms. However, while this is good news, 70% of U.S. businesses are owned or led by white men. That number increases even more when looking at businesses that employ more than one person.

This reality meant that for us, hosting casting calls for Shark Tank was not enough. Appearing on ABC’s Shark Tank is an amazing opportunity for entrepreneurs; just ask Sarah Ribner of PiperWai who pitched at our casting call at the NAACP Convention in 2015, appeared on Season 7, and struck a deal with Barbara Corcoran. However, we wanted to do more for the entrepreneurs at our events.

With the full support of Shark Tank and its producer, Mark Burnett, we endeavored to add value for the entrepreneurs at our events and the ecosystems that support them. At each of our casting calls, we offered a pitch prep session with tips gleaned from hearing thousands of pitches. Recognizing that access to capital remains the No. 1 one issue for minority entrepreneurs, in each city, we also organized an access to capital discussion with local funders, including banks, venture capital firms, angel investors, and local governments.

We partnered with national organizations such as Walker’s Legacy, a national, women in business collective, and local organizations including Silicon Harlem, to provide free resources for entrepreneurs at each of our events.

We connected with MBDA Business Centers around the nation and co-authored a pitch prep toolkit with the Nasdaq Entrepreneurial Center and U.S. Chamber of Commerce. The toolkit was provided to entrepreneurs as a free resource prior to each casting call.

The goal was to put entrepreneurs in the best position to pitch their businesses, and for entrepreneurs to leave our casting calls better than they came, whether or not they moved forward with the show.

Entrepreneurship has the ability to transform communities through innovative problem solving and employment. We took our Shark Tank casting calls to many of the communities that need this transformation most. Holding casting calls in southeast Washington, DC at the Anacostia Arts Center, in The Bronx, NY with NY Assemblymember Michael Blake, and other communities with great potential showed us that innovation is not limited to certain zip codes. The resources should not be either.

As the U.S. economy continues to recover from the “Great Recessionâ€ and capital markets loosen, ensuring that Americans from every region and community can fully participate in the economy is imperative.

With the support of Shark Tank and its Producer Mark Burnett, we are committed to this work and to ensuring the faces and voices appearing on networks like ABC reflect the diversity of the viewing audience.

The stark reality about entrepreneurs from communities of color is that they are brilliant and deserve our support.