How To Start A Business In Newark, New Jersey 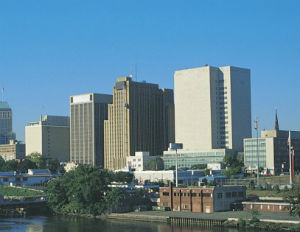 This summer, the Brick City Development Corporation (BCDC), Prudential Insurance and New Jersey Community Capital (NJCC) announced theÂ BCDC Newark Fund, a loan program intended to help small businesses that want to set up shop in Newark, N.J. The program is just one part of a larger effort to bring companies to the city.

The largest city in the state, Newark is about 13 miles from Manhattan. It has experienced a resurgence over the past few years, boasting the area’s first new arena in a quarter century, the Prudential Center, which opened in 2007; a growing population, which is a bigÂ change from the previous decades when residents fled; and a landscape that’s being redesigned by an influx of new businesses, buildings, and green spaces, even urban farms. Just this week, Prudential, which has been headquartered in Newark for more than 130 years, got approval for a $444 million office facility.

Prudential has more than 50,000 employees around the world and $961 billion in assets under management. During the press conference announcing the new loan program,Â Lata Reddy, the company’sÂ VP of corporate social responsibility noted that small business isÂ “critical to the economic vitality of the city.â€