Startup Innovation 'At Its Peak' According to Bill Gates 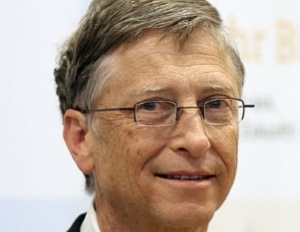 The richest man in the world thinks Silicon Valley is going to shape the future of America.

Bill Gates, the richest man in the world, weighed in on Silicon Valley yesterday. His verdict? It’ll be incredibly important, once all the chaff is gone.

In an interview with Rolling Stone, the founder of Microsoft discusses a host of issues, from the Bill & Melinda Gates Foundation’s fight against diseases like polio, to the privacy of Americans and the direction in which it’s heading.

On the topic of Facebook’s monumental $19 billion purchase of WhatsApp, Gates saw it as an important move on Facebook CEO Mark Zuckerberg’s part. “I think his aggressiveness is wise — although the price is higher than I would have expected,” he said.

But he thinks the rest of Silicon Valley is filled with mostly duds. “Sure, half of the companies are silly,” said Gates. “And you know two-thirds of them are going to go bankrupt, but the dozen or so ideas that emerge out of that are going to be really important.”

Gates still plays a role at Microsoft as its “technological advisor” to newly appointed CEO Satya Nadella. “Satya has asked me to review the product plans and come in and help make some quick decisions and pick some new directions,” Gates said.

Valued at $76 billion, Bill Gates was recently named the richest man in the world, a familiar title that was temporarily held by Mexican telecommunications businessman Carlos Slim. Gates stepped down as Chairman of Microsoft in February, replaced by John W. Thompson.