As massive job cuts have forced many companies to reorganize and reprioritize spending, the diversity budget is taking its share of hits across industries. Nearly half of the 452 respondents to a recent Society for Human Resource Management poll said their discretionary HR spending had decreased in the past year, and 39% said they had cut spending on training unrelated to the core business, including anti-harassment and diversity training. Ten percent of respondents said they had reduced spending on initiatives that targeted diversity recruitment, and 12% predicted that diversity-related recruitment efforts would be cut. “If diversity truly is a key strategic objective of a corporation, then it should be treated like any other key strategic initiative of the corporation,â€ says Joe Watson, CEO of StrategicHire, an executive search firm in Reston, Virginia, and author of Without Excuses: Unleash the Power of Diversity to Build Your Business (St. Martin’s Press; $24.95). “That is a test in many ways to show whether a company’s rhetoric matches its reality.â€

We’ve looked at two companies that are working to continue efforts to make diversity a business imperative to grow their bottom lines.

As a baseball fan, Wendy Lewis is concerned about the game’s waning popularity among black fans and athletes who prefer other sports such as football and basketball. But as Major League Baseball’s senior vice president of diversity and strategic alliances, she directs MLB’s new business-based diversity initiative, the Diversity Economic Impact Engagement, or DEIE, to push for more equity on the business side as well. She believes greater equity will impact baseball in terms of revenue, business development, players, and fan participation.

Long after Jackie Robinson broke baseball’s color line in 1947, MLB continues to tackle diversity. African Americans represent 10.7% of fans, a slide from 1997, when the black fan base exceeded 18%. That slide resulted from a decline in the number of African American ball players, who now make up less than 9% of players, down from a high of 27% in 1975. “We had a sizable population of black athletes, and that changed,â€ Lewis explains. “A large component of the African American market moved away from us as athletes, fans, and consumers. We went from having double-digit players on the field to single digit, and that digit is shrinking. “We’ve got to reach out much more aggressively and support African American players who choose baseball as opposed to other major league sports.â€

To increase the numbers, MLB has launched several programs to get children of color in the game, including Reviving Baseball in Inner Cities, or RBI, which represents more than 240 programs reaching 250,000 children, as well as the Major League Baseball Invitational and Urban Youth Academy (see “A Passion for Giving,â€ this issue).

In addition to its community-based efforts, MLB has several internal programs to promote its diversity goals: The Executive Development Program supports the hiring of executives of color; the Diverse Business Partners Program helps to increase the number of diverse suppliers; and the DEIE, launched just last year, promotes market development opportunities.

Eventually MLB will have separate diversity councils at the central office and at all 30 clubs. A distinct mission statement, the advanced strategic implementation of each organization’s Diverse Business Partners Program, and the development of a best practice business case are examples of a few of the “returnsâ€ to the DEIEs. “This new initiative takes each club as a stand-alone franchise,â€ Lewis explains, “and treats each one as a unique business and develops the business case for diversity totally customized to the thumbprint of that organization.â€

So far, the Houston Astros and Cleveland Indians have both been presented with their engagement programs. Cleveland is working to improve its workforce diversity through DEIE.

The hope is to encourage other clubs to do the same. Lewis believes that broader business opportunities for minorities will affect various areas of the sports industry. “If we strategically position our Diverse Business Partners to successfully do more business throughout baseball and all sports, then they may end up becoming a season ticket holder,â€ Lewis explains. “They may end up becoming a sponsor–they may even one day want to be part owner of a team. That’s a major component of our strategy. Take it to a higher level to widen the success!â€

“The phrase we’ve adopted inside of PepsiCo in these economic headwinds is ‘maintain the gain,’ [which means] at the very least we don’t lose groundâ€ in terms of product development, supplier diversity, and workforce diversity, says Ron Parker, senior vice president/chief global diversity and inclusion officer, at PepsiCo. “By being a company that views diversity and inclusion as a business imperative and also as the right thing to do, we know that the return on investment is growth.â€

PepsiCo has pursued diversity since 1947, when the company hired an all-black marketing team to increase slowing sales in the African American community.

Today, executives’ bonuses are tied to their recruitment and retention of diverse employees, as well as how they are supporting diversity and inclusion among their staff; and the company’s marketers are measured by how well products are doing with multicultural consumers. In succession planning, PepsiCo measures how much of the bench in the short- and long-term is made up of women and people of color. This means the company looks at the area and makes sure its employee composition matches that of the community. These efforts have yielded a 15% increase in diverse employees in the company’s executive population.

PepsiCo, which aims for a spend rate of at least 10% with minority- and women-owned businesses, spends $1 billion a year with such enterprises. Company executives also advise diverse suppliers on strategic direction, and PepsiCo is now looking to do business with diverse suppliers that have a commitment to the environment.
“Instead of you supplying us with paper and pencils, we want you to supply us with paper and pencils that are biodegradable,â€ says Parker. “Our senior executives work with companies to not only meet our needs but also the needs of our planet.â€

The company challenges its vendors to look for ways to be eco-friendly, sometimes signing new vendors based on what they can contribute. These efforts have resulted in reducing packaging materials and working with local farmers and contractors to, among other things, reduce the amount of water the company uses.

PepsiCo is also tapping its employee resource groups for taste testing and positioning of products scheduled to be introduced to diverse markets, such as a new line of chips with flavors like chile piquin and habaÃ±ero limon that appeal to Hispanic consumers. The flavors are a result of a web of internal partnerships: Adelante, the multicultural employee resource group for Latino professionals; the research and development and marketing and sales groups; and the Latino/Hispanic Ethnic Advisory Board, one of two advisory boards at PepsiCo. The other is the African American Ethnic Advisory Board. Both boards counsel the company on a range of issues, including reaching a more diverse consumer base, creating a more diverse workforce, and strengthening the company’s relationship with diverse communities.

PepsiCo is embarking on a global diversity push to, as Parker says, “assess the multicultural, global dexterity of leaders,â€ and train them in the sensibilities of doing business in world cultures–critical for a company that operates in 200 countries.

“We assess that on three major objectives: setting the agenda, which is about reaching business goals; taking others with you, which is about developing people; and doing it the right way, which is all about acting ethically so we can coach you to be better. We view diversity and inclusion as a business imperative that drives innovation and growth. Now what company wouldn’t want that?â€

This article originally appeared in the May 2009 issue of Black Enterprise magazine. 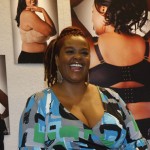