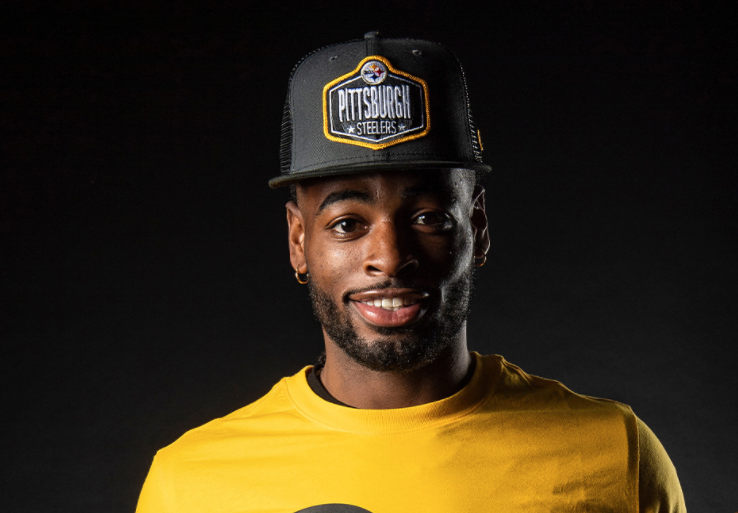 Moments before former Alabama running back Najee Harris was selected as a first-round NFL draft pick for the Pittsburgh Steelers, he stopped by the homeless shelter where he once lived. The Greater Richmond Interfaith Program (GRIP) was home to his four siblings and parents in 2010 when the family was trying to make ends meet.

“Just to see him as a grown man with this kind of opportunity for him today and to know that he lived in this shelter among many other places their family had to move around and lives as a homeless man just speaks to the anything is possible,” Kathleen Sullivan, executive director of GRIP, told ABC 7 News.

At only 12 years old, Harris experienced events that served as motivation for him to achieve excellence: homelessness.

Harris and his family were staying in Bay Area shelters to keep a roof over their head. Despite his family’s financial situation, he persisted on the football field. He graduated from Antioch High as the top college recruit in the class of 2017, according to San Francisco Chronicle. Then, he became a star player at the University of Alabama, setting records throughout his entire four-year college career.

With all the accomplishments under his belt, Harris never forgot where he started. He walked through memory lane on Thursday when he returned to GRIP for a draft watch party in his honor. The young star greeted the shelter’s residents and gave back through a food donation.

“It was emotional for my mom,” Harris told Kron 4 News. “Almost as if she was crying in a way. We have a lot of memories here. That was a time in our life when we were really low at a point. It brought back a lot of memories of what we was going through at the time, for me too.”

He added, “When I walked up over there where I used to play at… when I was little..  it brought back a lot of memories. … It was an emotional thing for us. Just doing this really makes me and my family feel a lot more better and just giving appreciation and everything.”

Whatever team drafts Alabama’s Najee Harris is getting a special person. Today he threw a draft party for kids at the homeless shelter where he lived for several years growing up. He told me it was emotional the first time he went back to visit. @kron4news #NFLDraft #RollTide pic.twitter.com/JadBIFh4pd

From Homeless to NFL Player

Najee Harris has a remarkable story that will continue to inspire many.

The young athlete has already devoted time to working with those who are impacted by homelessness. Now, his new NFL contract will allow him to expand his impact.

“There was a time I needed a helping hand. They gave us an opportunity to get back on our feet,” Harris shared with reporters. “So it is my job to give back.”

Harris was chosen 24th in the 2021 NFL draft by the Pittsburgh Steelers. Many are excited about what’s next for the Steelers this season and Najee Harris.