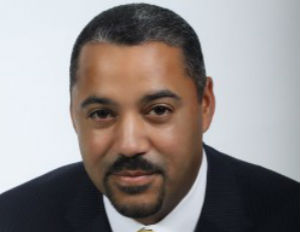 With $27 million in revenues last year, W3R Consulting is one of the larger black-owned IT firms in the nation. The 19-year-old Southfield, Michigan-based company provides a host of IT consulting and staffing services to both large corporations and the federal government.

BE spoke with Eric A. Hardy, President and CEO of W3R Consulting about his business, the industry, and African Americans in information technology.

Here’s what he had to say:

BlackEnterprise.com: Your company has experienced impressive growth. How did you manage it?

We had three phases of development. First, you’re an entrepreneur and think you can do everything yourself and we fortunately grew to a couple of million dollars (in annual revenues) in this phase. In the second phase, we brought in folks that we knew were professionals with credibility and that helped us grow to $6 million. Then, we realized we needed professionals in specific disciplines and that’s the third iteration–where we are today.

Now, we’re moving into an organizational structure that’s going to take us to $100 million. It’s recognition that ownership is good at something but we’re not good at everything. The sooner you realize that and invest in the areas where you’re weaker, the faster you’ll grow.

RELATED: 16 Powerful Pledges to Our Daughters on STEM

When was the moment you realized that you could be successful at this business?

For us that was probably in year four or five. I had previously worked for a consulting firm in Ann Arbor – and it was in that moment that I had a lot of personal successes that I realized had nothing to do with the company – but the professional credibility of people like myself that we were able to bring. And so, when we reflected a few years later on our own ability to deliver and make a living doing this, it was really one of those relationships in the industry that validated for us that they needed what we offered and were willing to give us a chance.

If I’m a young entrepreneur looking to break into this industry, what advice would you give me?

I think beyond that, then you get into strategy conversations on how to go to market and grow that; but the very first thing is identifying what gets you excited about getting out of bed every day and if you have a market.

Why are there not more African Americans in STEM, and what can we do about it?

There’s still not enough emphasis placed on these early development STEM programs. My kids are 10 years old and they’re in several Â development programs and I know several families that want to continue to provide that infrastructure and base so their kids can go on to do something technology related. But by percentage, there are still so few families that put emphasis on that. I think that’s part of the problem. I think the public school system is also part of the problem.

I truly believe that kids are socialized so they will see a handful of folks who look like them that are successful in a particular segment of technology. But then they go home and it’s not reinforced. So there’s still a chasm. I think until we reach critical mass of parents and families that are reinforcing on a daily basis, we’re still going to have a deficit. Because the programs are there but we’re not graduating enough kids through the programs that want to stay engaged.