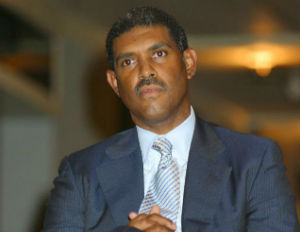 Steve Mills this year became the Knicks team president and general manager. He was previously was president of Madison Square Garden.

A long profile in the New York Times casted the executive Steve Mills as an expert networker with a long and distinguished career in the sports industry, whose success as team president and GM in the narrative of the New York Knicks’ upcoming season will be measured by his ability to to placate Jim Dolan, the team’s billionaire owner, and convince Carmelo Anthony, the team’s superstar, to choose not to opt out of his contract and become a free agent.

“By all accounts a savvy businessman, Mills has a new job, perhaps his most high-pressure position to date,” the Times reported. “As president and general manager of the Knicks, Mills will need to please a lot of hard-to-please people, including two in particular: James L. Dolan, the team’s capricious owner, and Carmelo Anthony, who can opt out of his contract next summer and become a free agent. It will be a high-wire act.”

“What people don’t realize is that Steve has always been a basketball guy,â€ said Robinson. “There’s no question in my mind that he knows the game, knows how to evaluate talent and knows how to network.â€

“Even as Mills spent his career on the business side of sports – in addition to dabbling in academia and developing behind-the-scenes relationships with agents, executives and players – he said he had always wanted to be more involved with the game itself,” the Times piece read. “Now he has his chance, although any number of people in the N.B.A. are wondering whether he has the preparation to pull it off. After all, he had never been a general manager before.â€

Said Mills of his new role: “It’s a unique opportunity,â€ said Mills, who is 54. “It’s about as close to being on the court as you can get, and that’s what I love about it.â€

And what about his boss?

“He’s given me the room to figure out what I think is best,â€ Mills said of Dolan. “But at the end of the day, he’s going to be involved in what we do.â€