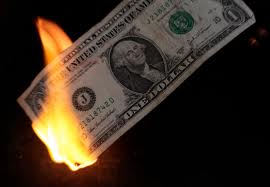 Graham says, “I’m also trying a new system of putting $100 a week on a second bank check card that I can use for lunch and miscellaneous spending.â€ Graham, who is engaged, is saving for her wedding, which will be held next summer. She projects that it will cost about $5,000. “I would also like to go back to school, but I’m hoping to pay down my credit card debt first,â€ she adds.

Jessica Broadnax-Lawrence, a family financial counselor with Consumer Credit Counseling Service in Chattanooga, Tennessee, says Graham first needs to figure out what portion of her income should be applied to paying down debt. “Then she should budget enough to cover flexible expenses,â€ says Broadnax-Lawrence, who also urges Graham to save while paying debt.

“It’s better to pay double the required minimum payment amount on credit card balances, because interest accrues over time,â€ says Broadnax-Lawrence. “This will help her pay down her principal balances. While saving is always a good idea, weigh the interest rates of the debt and savings, and decide where your money should go.â€

Depositing $100 on a bank card each week isn’t the best way to help Graham balance her spending, says Broadnax-Lawrence. Instead, she should set aside cash in the amount that she plans to spend. This way, Graham can avoid incurring bank fees or overdraft charges.