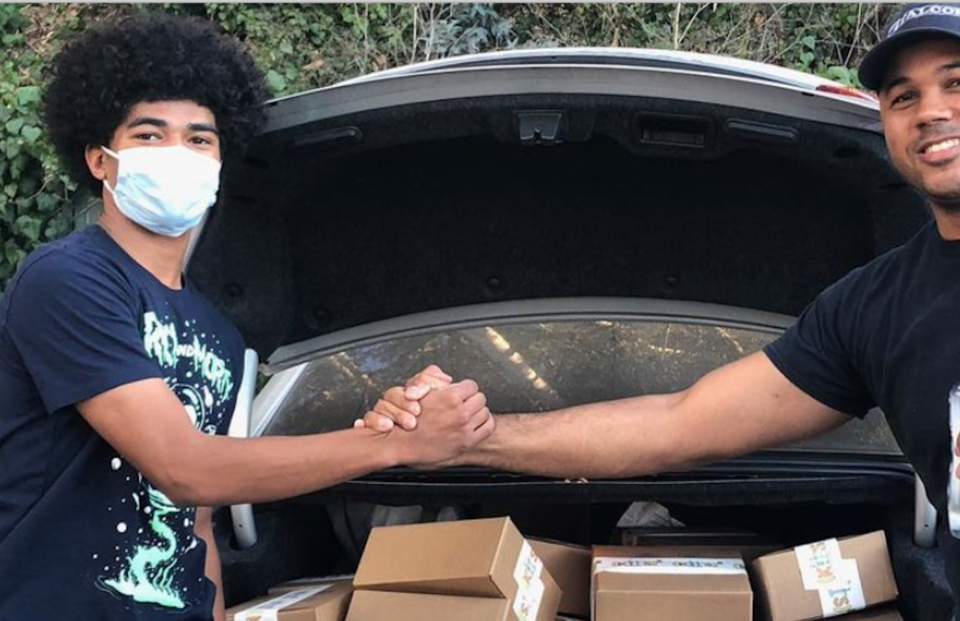 Ahmed Muhammad will graduate as the first Black male valedictorian at Oakland Technical High School. The 18-year-old has a cumulative 4.73 GPA and is on track to reach 5.0.

Muhammad’s extraordinary accomplishments have landed him acceptance letters from prestigious universities around the United States. He received admissions offers from 11 universities. Top schools such as Stanford, Harvard, and Princeton were a part of his acceptance list.

“It feels amazing,” Muhammad shared. “I’m grateful to be accepted to any single college, but 11 of them? I had never imagined this.”

Muhammad rose to the top of his class, ranking at the top of the academic charts. On top of that, he also excelled in his extracurricular. The remarkable athlete played on the Bulldog’s varsity basketball team. The championship team is home to many popular athletes, including Marshawn Lynch and John Brodie.

Muhammad has an exceptional resume of experiences under his belt at only 18-years-old. But the accomplishment that he’s most proud of is starting Kits Cubed. Launched during the pandemic in Muhammad’s garage, he aims to use this company to inspire future scientists.

“I’m most proud of the impact that Kits Cubed has had on our community’s youth,” Muhammad said during an interview with KTVU. “Founding Kits Cubed was the culmination of all of the valuable lessons I learned throughout high school from so many amazing people.

He adds, “I’m glad we were able to create something meaningful before graduating.”

Kits Cubed is a science education company. It’s led by a team of community-driven youth in Oakland. The students are determined to use this opportunity to become change agents in their community. The company provides engaging and creative kits to help elementary and middle school-age kids develop an appreciation for science.

Muhammad’s entrepreneurial and philanthropic ventures will serve him well on his journey to becoming a leader in the engineering and computer science space.