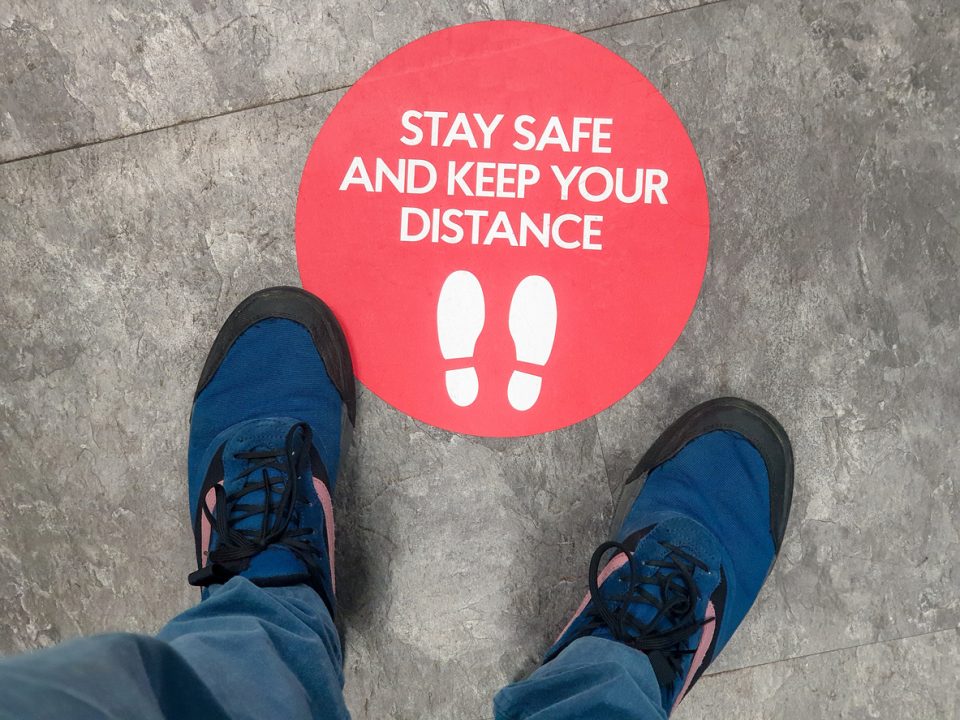 A sign on the floor of a shop, advising customers regarding social distancing guidelines. (Image: iStock/georgeclerk)

Researchers at Columbia University estimate that about 36,000 lives in the United States could have been saved from getting the novel coronavirus if social distancing protocols and other restrictions had started a week earlier, according to ABC News.

Meanwhile, representatives from the White House placed the blame on China, and President Donald Trump called the study “a political hit job.”

Disease modelers at Columbia University revealed in a study released earlier this week that 61.6% of deaths and 55% of infections nationwide could have been avoided if the social distancing measures implemented on March 15 had started just a week earlier. That equates to abou 35,927 deaths and 703,975 cases.

“Our findings underscore the importance of early intervention and aggressive response in controlling the COVID-19 pandemic,” the researchers wrote in the report, according to CNN.

“If we were to walk it back just one week and follow the exact same pattern in each individual county, what are the changes that we see in number of cases and death?” lead researcher and epidemiologist Jeffery Shaman said. “So it’s an exercise to see what if we had done exactly what we had done but just transposed one week earlier.”

Trump’s response to the study: “Columbia’s an institution that’s very liberal. I think it’s just a political hit job if you want to know the truth.

“I was so early,” he told reporters outside the White House. “I was earlier than anybody thought.”

The White House played a different version of the blame game.

“What would have saved lives is if China had been transparent and the World Health Organization had fulfilled its mission,” White House deputy press secretary Judd Deere said in a statement.

“What did save American lives is the bold leadership of President Trump, including the early travel restrictions when we had no idea the true level of asymptotic spread,” Deere added. He pointed to the private sector’s work on delivering “critical supplies to states in need and ramp up testing across the country that has placed us on a responsible path to reopen our country.”