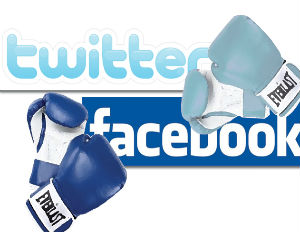 More CEOs at the world’s largest corporations are using social media than ever before–but the alleged “echo chamberâ€ that is Facebook is not among the most popular sites.

[Related: Invest In Results: How One Entrepreneur Is Making Productivity Easy]

In a study conducted by PR firm Weber Shandwick of the top 50 companies found on Fortune’s 2014 Global 500 rankings, 22% were on LinkedIn, which was the most popular network with the group. The number represents an increase from the 6% tally in 2012, according to Re/code.

The fact that social media use has increased with some of the elite earners of the world isn’t much of a surprise, but what is head scratching is that in 2012, 10% of these CEOs were using publically searchable Facebook profiles to preach their gospel. In this recent study, none of them were reported to be using one of the world’s largest-reaching social networks.

Weber Shandwick’s chief reputation strategist Leslie Gaines-Ross said that she expects that number to increase and that this was likely a “blip,â€ according to Re/Code.

“There was a sense two to three years ago that CEOs had to be on every platform to be doing their job properly,â€ she said. “Now I think that CEOs are identifying which platform really works for them.â€

Only 28% of the CEOs in the pool had public social media accounts of any type–which is up from 18% in 2012. But according to Re/Code, more CEOs were likely to participate in company videos, with more than half appearing in a clip on a company website or YouTube–up from 40% in 2012 and 18% in 2010.

The study did have some limitations, among them: the accounts had to be searchable and didn’t take into account how frequently the CEOs were posting. There was also no indication as to whether the CEOs were doing the actual posting on their accounts.