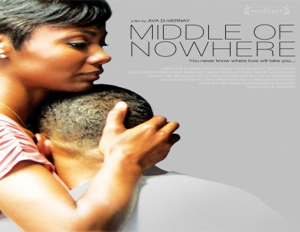 Watching the film “Middle of Nowhereâ€ is like watching a seamstress carefully unravel a spool of thread. The film unfolds into a beautiful woven tapestry of images crafted by Writer/Director Ava DuVernay.

DuVernay takes her time, allowing each scene to breathe.Â  We sit with each character through their emotions and journey.Â  DuVernay savors every moment.Â  Middle of Nowhere is the director’s second feature film, which garnered her the Best Director Award (in the Drama category) at Sundance.