The Surprising Age at Which Women's Pay Falls Behind 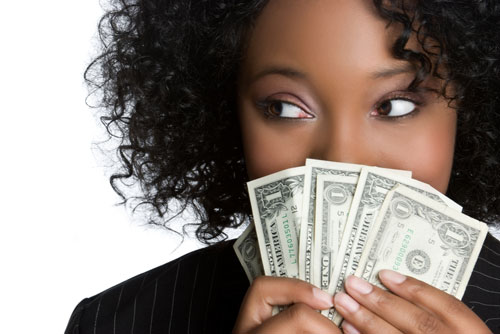 Following the Institute for Women’s Policy Research report released earlier this year, which showed that U.S. women won’t reach pay equality with men until 2058, there’s a new study out that further proves why things aren’t looking too good for American women.

According to a Payscale study of 1.4 million full-time workers, women make less than men at every age level and the average salary for women starts to plateau more than a decade before men. Based off the results, women stop seeing pay increases between the ages of 35 and 40, compared to men who are paid more until age 50 to 55. For women, the average salary levels off at $49,000, whereas men top out at $75,000.

While marriage and children have an impact on salary earnings, the fact that women are less likely to hold executive positions can also be attributed to the early peak salary. Based off the data, 45% of men work at management levels or higher compared to 37% of women. For the women who do rise to executive ranks, they face the largest pay gap, with a 32.8% difference.

Like the root of many workplace discrimination cases, unconscious bias plays a major role in pay inequality. In the Professional Diversity Network’s April report, President Star Jones addresses this issue of unconscious bias and the long-standing effect it has in the work space.

“There’s a disconnect between actual performance and the perception about the value that we as women bring to businesses, and I really believe it’s unconscious bias at the core of it,â€ Jones tells BlackEnterprise.com.

In addition to taking an overall look at the pay gap in today’s job industry, the Payscale study examines the gender breakdown and pay within tech. While it’s clear that employees of the tech industry tend to earn higher salaries as a whole, women’s pay still falls behind that of men regardless of the job level.