SURVEY: Is It Wrong to Break the Law for a Better Education? 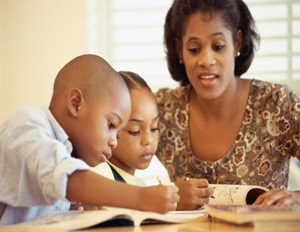 After Ohio mother Kelley Williams-Bolar sent her two daughters to a school outside of her district to receive a better education, a jury convicted her on two counts of third degree felonies for tampering with records. She registered her daughters for school using her father’s (their grandfather’s) address. Bolar spent nine days in jail, but now–as a teacher’s assistant, who was only a few credits from receiving a bachelor’s degree in education at the University of Akron–she is also in jeopardy of losing her livelihood as the felony conviction bars her from the teaching profession in Ohio.

Williams-Bolar wasn’t the only parent sent to jail for sending her children to school; albeit a school not in her district. TanyaÂ  McDowell, 33, also African American, was charged with first degree grand larceny for allegedly stealing $15,686 in educational services from Norwalk Public Schools to send her six-year-old to school from September 2010 to January 2011. The homeless mother says she was floating between residences and registered her son under her baby sitter’s address.

School finance inequities between states and between districts within each state has been a polarizing subject between the wealthy and impoverished for years. Recently, there has been a call for more school choice programs that give families the opportunity to choose the school their children will attend. But school choice isn’t the only challenge plaguing education reform. The inadequacies of school curriculum and the over reaching power of teacher’s unions are also targets for reform.

With so much at stake, what is a parent to do? Was Williams-Bolar and McDowell wrong to take matters into their own hands. Please take the survey below and tell us how you feel about education reform in America.