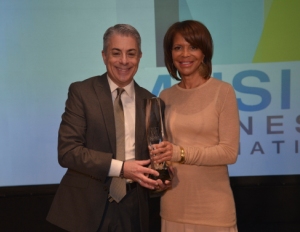 This is the first time the award was presented to a female executive. Former recipients include such esteemed executives as Clive Davis, Dick Clark, Casey Kasem, and Don Cornelius.

The Music Business Association (Music Biz) is a membership organization that advances and promotes music commerce – a community committed to the full spectrum of monetization models in the industry.