Symone Sanders Will Leave The Biden Administration At Year's End 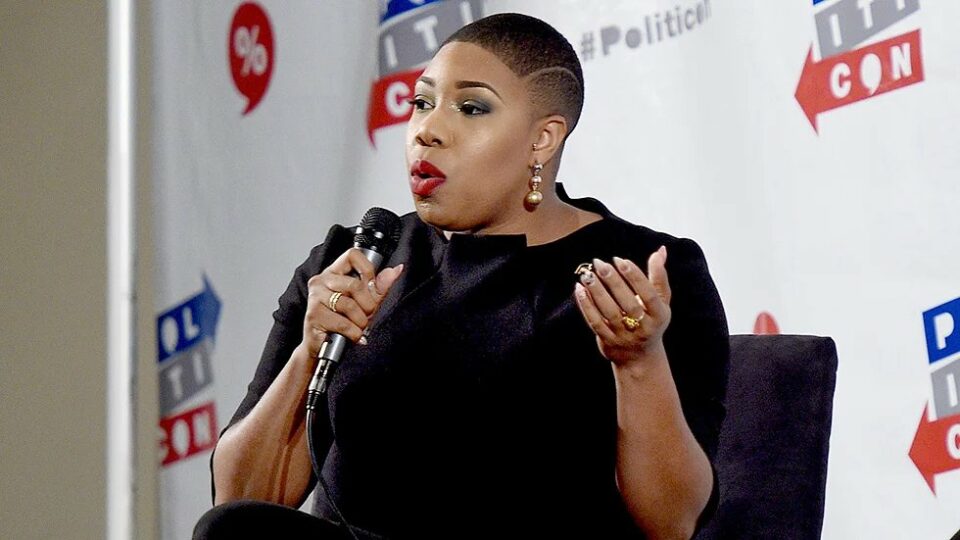 Symone Sanders is leaving the Biden Administration at the end of the year. (Image: Twitter/@The Hill)

Vice President Kamala Harris’ senior adviser and chief spokesperson, Symone Sanders, is leaving the Biden administration at the end of the year.

Sanders has worked in the Biden administration for three years, starting as a member of his presidential campaign before working for Harris after Biden was elected. It’s unclear what Sanders will do next or where she will perform her next job.

According to Politico, Sanders wrote a note to the White House staff saying she is “so grateful to the VP for her vote of confidence from the very beginning and the opportunity to see what can be unburdened by what has been. Every day, I arrived to the White House complex knowing our work made a tangible difference for Americans. I am immensely grateful and will miss working for her and with all of you.”

A White House spokesperson called Sanders “a valued member” of the White House and “a team player.”

In her post serving Harris, Sanders juggled a tricky portfolio as Harris dealt with the immigration issue at the southern border, the federal push for voting rights, Harris’ trip to France, and the COVID-19 pandemic. Additionally, Harris has received negative press throughout her term concerning internal strife, something Sanders continuously pushed back against.

Sanders is the second member of Harris’ communications staff to announce they were leaving their post. Communications director Ashley Etienne announced she was leaving her post.

The Washington Post reported in May that Bakari Sellers, a civil rights attorney and a friend of Sanders, told him she was “hurt” after being passed over for the role of Biden’s Press Secretary in favor of Jen Psaki. Sellers added that the former Harris staffer was stung by the news, which she confirmed in her memoir.