Whether you view the fact that in 2010 we are still celebrating major firsts in African American history as good news or bad is a matter of perspective. But the ascension of Ursula Burns to CEO of Xerox Corp. was unequivocally, spectacularly good!

In July 2009, Burns, a bootstrapper who joined Xerox 30 years ago as a summer engineering intern, became the first black woman to run one of the nation’s 500 largest corporations. Burns succeeded a woman, Anne Mulcahy, so this was big news indeed.

Taking the reins at a critical time for the company, Burns immediately went about the daunting task of reversing a numbers slide in sales, in people, and in profitability. Despite the tough odds and tougher market realities for the copier giant, confidence in Burns has run high, and she has not disappointed. She has also barely paused to take a breath.

But on a brisk December Saturday in Rochester, New York, she sat for our cover –a first since her appointment–and gave us an exclusive interview. What we learned is that Burns is everything she’s touted to be: smart, witty, confident, no nonsense–and more.

What we already knew, though, is that as rare and competent as she is, Burns is not the first black woman capable of handling such a job; she is merely the first to have the opportunity. The fact that she’s featured in an issue with 74 other African American women executives and business leaders is a testament to decades–even centuries–of hard-earned progress.

Since its inception 40 years ago, black enterprise has aggressively documented the contributions of African American women in business. The list of women who helped pave the way to this moment is long.

New York Rep. Shirley Chisholm, a member of the founding Board of Advisors of Black Enterprise, was such a woman. So is Ernesta Procope, who, as head of E.G. Bowman Co., the then largest black-owned insurance brokerage, was the first woman featured solo on our cover in August 1974. So are Oprah Winfrey and the 20 phenomenal women we have honored with Black Enterprise Women of Power Legacy Awards, including marketing maven Ann Fudge.

As the breakthrough president of Maxwell House Coffee Co., Fudge appeared our August 1994 cover featuringÂ  Black Women in Corporate America: The Inside Story. The article told of how black women had begun to outpace black men in filling the corporate pipeline. But it noted a dramatic drop-off at managerial levels, women’s salaries still lagged behind those of their male counterparts,

Money Matters: Should I Ditch My Home? 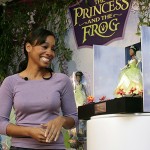 FacebookTwitterYoutube
← Money Matters: Should I Ditch My Home? ← Backtalk with Anika Noni Rose
×
'