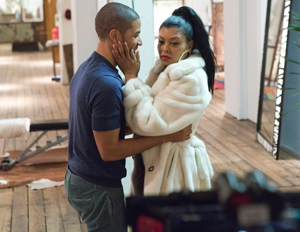 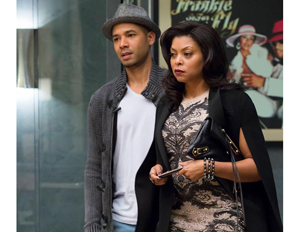 “The thing I love about Lee is that he’s so old Hollywood. He’s all about the story, he’s all about the dream. He’ll give you that; he’ll give me a story to tell,” Smollett says. “It’s a story so that no matter what else happens in my life or my career, I’ll always be able to tell my grandchildren and my children the story of how I got the role of Jamal Lyon.”

Most recently, another chapter was added to the breakout star’s story when he signed a record deal with Columbia. Fully aware that there is often a disconnect when artists try to tackle acting and music, he remains cool and unphased by the hurdle. “The cool thing is that I don’t have to really worry too much about a transition because I’m in a project where people see that I can do both,” Smollett says. “I take life very seriously, but I don’t take this very seriously. It’s not real. I just try my best to work hard and be the best that I can be… I’m just into recording good music and introducing myself to the world, and changing it in the process.”

Jussie Smollett has made quite the introduction. With such a rush so early in his career, we’re curious as to where he sees himself in seven years. “I want to have a baby, sooner than seven years. I want to have a family, and I want to continue to test people’s minds… someone like Harry Belafonte who managed to keep his voice as an artist and as an activist,” he says. Â The rising actor is certain in his purpose to “spread love.” He prays that within seven years, society makes a shift for the better. “I know that seven years from now isn’t a really long time, but I feel like if we pull together, there’s a lot we can do in seven years. Here’s hoping, here’s praying,” he says on a final note.

There has been no official say of when Empire will make its season two debut, but fans will be happy to know that Taraji P. Henson is the brand ambassador for American Black Film Festival. Meet us and your favorite “Cookie”Â at the three-day event June 11-14.