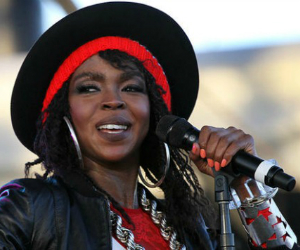 After several court appearances involving Lauryn Hill begging the judge for mercy regarding her past inability to pay more than $1 million in taxes, the former Fugees singer was recently sentenced to three months in jail after for tax evasion. But while she, among others, aren’t happy about her spending time in jail over a little scuffle with the IRS, she is not the first celebrity to serve time for failure to share the wealth with Uncle Sam.

As the news has recently been flooded with rappers, singers and actors charged with tax evasion and their repercussions, including Mary J. Blige, Snoop Lion and Nas, TheUrbanDaily.com decided to take a look at the color of IRS penalties, asking the question, “Do black celebrities go to jail for tax evasion more than Whites?â€ A juxtaposing photo of Wesley Snipes and Nicholas Cage headlines the article, comparing each man’s punishment for not paying government.

So the verdict is out, who has to pay the cost?

From comedians to moguls, TheUrbanDaily.com lists 20 celebrities who have had run-ins with the government over the years, and what they’ve had to do to pay the consequences. And while not taking a verbalized stance on the issue, it’s clear who pays in the end.