Tax Tips for the Unemployed 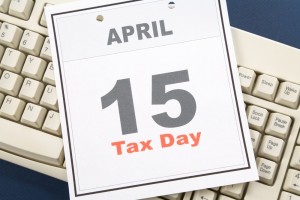 Michele Petties felt as if she had been hit by a ton of bricks. Despite having a master’s in business administration and more than 20 years of corporate experience, the single mother of two was laid off from her five-year post in February as a project director at a healthcare company.

Petties’s comfortable lifestyle and $112,000 base salary plus bonus were replaced by the stress of trying to stretch her $1,320 monthly unemployment benefits and savings to make ends meet for herself and her two daughters–Kennedy, 11, and Sierra, 10–while looking for another job. “It’s been very difficult. It’s been a tough job market,â€ says the 45-year-old divorcee.

While she has been proactive about her job search, she’s preparing to file a tax return in 2013 that includes credits and deductions she never could have taken as an employed person, such as job search deductions.

It’s important for the unemployed to be organized, proactive, and informed. If you’re looking for work, here are tips to get you through the tax season:

File a tax return.
Unemployment benefits are taxable. Don’t make the mistake of thinking you haven’t received enough income to file a tax return. “Most unemployed people should file,â€ says Robbie Hampton, a founding partner of Bishop, Hampton & Associates L.L.C., a certified public accounting firm in Stockbridge, Georgia. Those who owe the government come tax time but don’t file could be subject to a failure-to-file penalty,â€ says Hampton, The penalty is up to 25% of the unpaid taxes. They could also be subject to a failure-to-pay penalty.