Teaching Math So Students Can Learn It 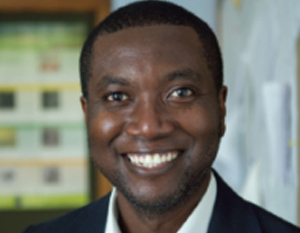 At DeWitt Clinton, Danquah was instrumental in developing a summer boot camp that prepared students for AP Calculus BC. The program, made up almost entirely of black and Hispanic students, yielded impressive results. “We ran the program on the school premises over the summer–we got 100% passing in Calculus BC. The students worked so hard. The only thing we did differently was make sure that the students who were unprepared were given enough time to prepare themselves. All students are capable.â€

Now teaching at Bard, an elite, exam-admission school, Danquah is in the incipient stages of developing a comparable boot camp that targets minority students, to help prepare them to attend a school like Bard. (An early college high school, Bard students graduate in four years with a high school diploma and an associate degree–earning two years of college at no cost.)

Now Danquah’s father, who lives in Ghana, approves of his son’s career choice. He saw in the New York Times when a former student who had won a scholarship cited Danquah as the teacher who had helped him most.