Tech Startup of the Week: Tioki, Where Teachers Go to Network and Learn 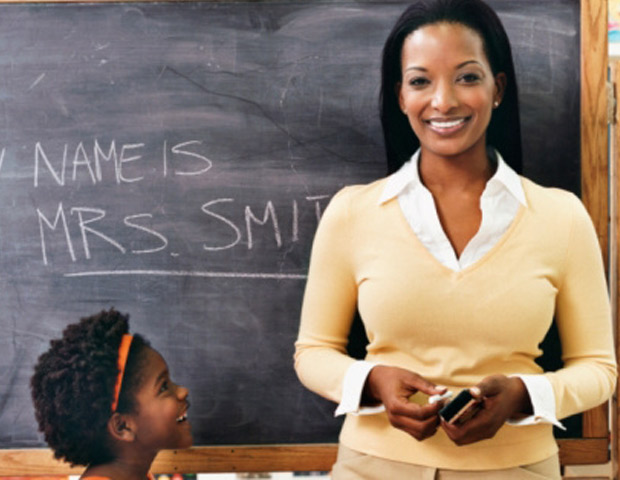 The idea for Tioki, an online professional network exclusively for the education community, wasn’t happenstance, but it wasn’t planned either.

When Mandela Schumacher-Hodge started her first job as a teacher at a low-income, low-performing middle school in South Central, Los Angeles, the last thing she could imagine was receiving a pink slip 11 months later. The layoff had nothing to do with her performance–it was budgetary. The Los Angeles Unified School District (LAUSD), was about to undergo one of the biggest budget cuts in history, eventually giving notice to some 2,000 teachers, administrators, and counselors. Schumacher-Hodge was a casualty as a result of LAUSD’s mass firing. “Last In, First Out” policy, a seniority-based hiring and firing process.

“I definitely value those who have dedicated several years and even decades of their lives to being a teacher, and I understand the improvements that can be made as one accumulates more experience,â€ says Schumacher-Hodge, 27, who has a master’s degree in education administration and policy from Loyola Marymount University. “But I do not believe that years of experience alone, should be the sole factor in determining one’s value as a teacher, both as it relates to being hired or fired, and as it relates to how much one is compensated.â€

Schumacher-Hodge went on to acquire classroom experience as a Teach for America Corps member and eventually snatched up a job at a Charter School in Pacoima, CA. But the LAUSD life lesson got her thinking more about ways she could level the playing field for all educators to enter the profession. Additionally, when a position opened up at her school, she experienced the frustration inherent in sitting on the other side of the hiring table. Although she screened resumes, conducted phone and in-person interviews, and instituted demo lessons–where teachers came in to teach live lessons while administrators observed–Schumacher-Hodge realized that none of it was enough because she was still unable to find a great candidate.

That’s when she and co-founder Brian Martinez came up with an idea for DemoLesson, a tool that would empower teachers to break out of the archaic resume box and showcase their real-world teaching on camera. Teachers can easily embed video files and links to videos that showcase their teaching ability and experience. It equipped schools with a tool to effectively and efficiently secure the very best educators that match the needs of the students and the culture of the school. It would save schools the time of inviting a candidate by the school only to find out that their teaching skills were not up to par. DemoLesson was the first teacher hiring platform to incorporate video demo lessons and won first place at Startup Weekend Education in San Francisco.

The company has since expanded beyond HR into a connectivity, discovery, and knowledge-sharing platform and changed its name to Tioki. Dubbed “The LinkedIn for Teachers,” Tioki’s purpose is to advance the education system by connecting all of the people who know it best, with the intention of sparking conversation and collaboration that would not likely happen otherwise.

Tioki, which is currently backed by Kapor Capital, 500 Startups, and Imagine K-12, has expanded into an international platform, used by teachers in over 28 different countries, as well as by many of the nation’s top-performing K-12 schools like KIPP Charter Schools, teacher preparation programs like Teach for America, universities like USC, and teacher policy networks like StudentsFirst.

Even Jim Shelton, assistant deputy secretary for innovation and improvement at the Education Department, can be found taking advantage of Tioki’s niche education network.

This week we celebrate Tioki and co-founder Schumacher-Hodge as Tech Startup of the Week for creating a resource that helps teachers to facilitate a more dynamic learning environment for not only the students, but themselves as well.

Join Schumacher-Hodge and other EduTech Entrepreneurs at “Today’s Business Crisis: Educating Tomorrow’s Workforce,â€ a symposium hosted by Black Enterprise in partnership with the Bill & Melinda Gates Foundation, to be held May 15, 2013.