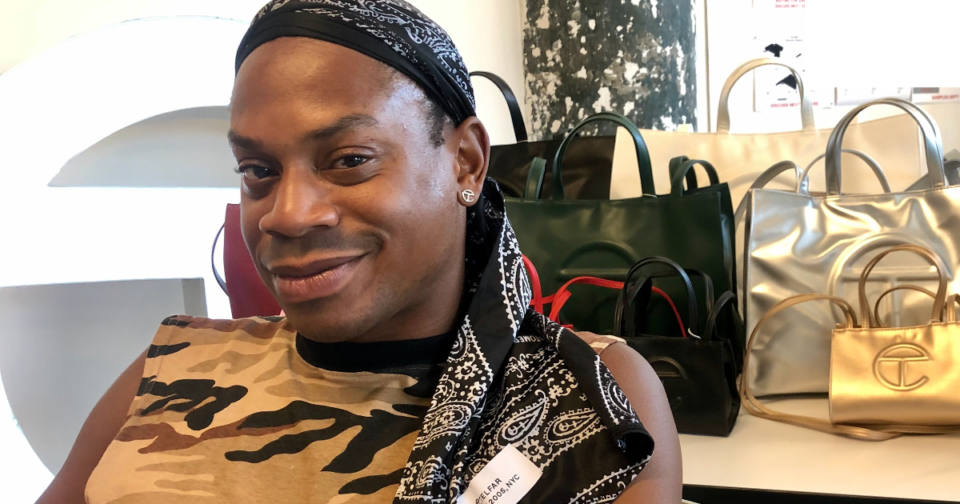 Telfar Clemens, the popular designer behind the Telfar handbag and fashion line, announced the brand will open its first flagship store in New York City.

The brand will open its flagship brick-and-mortar store in New York City at an unknown location.

The designer shared the news on the popular radio show discussing how the brand has evolved since he started it years ago.

“There is one coming,” Clemens said during the interview. “We’re opening a store this year in New York City and we’re still deciding where that’s going to be. I don’t want to say too much about it, but we’re opening a store.”
Clemens did not say when or where in New York the store would be but did confirm the store will open this year. The Telfar brand has grown from an underground brand to one that is fully embraced by Black culture and has even collaborated with other high-end brands including UGG. The brand was also featured in the HBO show Euphoria.
Last year, Gucci came under fire for copying Telfar’s handbags which feature a ‘T’ on the front.
Telfar handbags are typically priced at about $200, however, for this year’s New York Fashion Week, the Telfar Round Circle Bag that was featured had a retail price of $567. Telfar also closed New York Fashion Week featuring two complete Telfar collections and two episodes of Telfar TV, a 24-hour reality TV experience/retail channel introduced in September, according to The New York Times.
The clothing brand was also the brand that outfitted the Liberian Olympic team for the 2021 Tokyo Olympic Summer Games, providing the base for a line of genderless “athletic wear” that also doubled as evening wear.