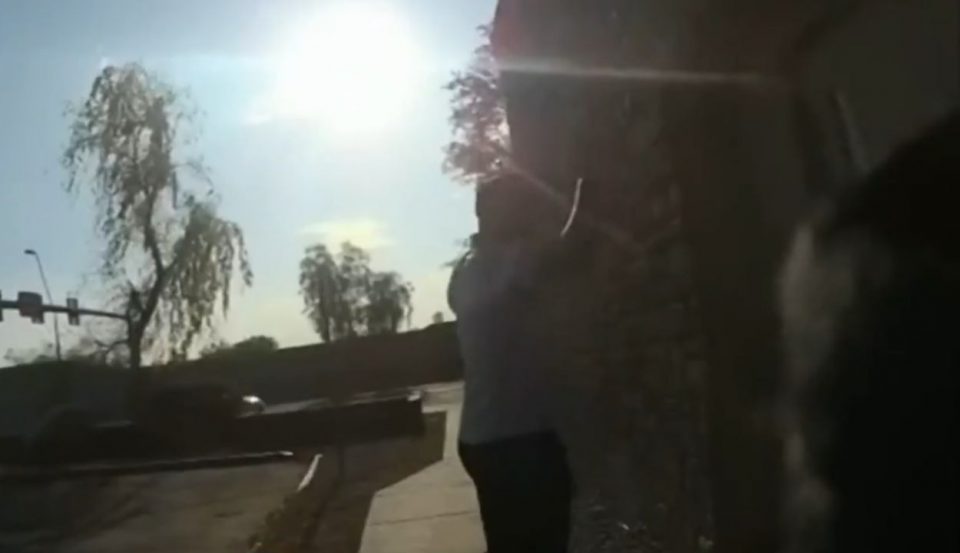 A police officer in Tempe, Arizona, is under investigation because, while searching for a white suspect, he held a Black hotel employee at gunpoint according to AZFamily.

The police officer, Ronald Kerzaya, has been reassigned due to the incident that took place at a hotel. He stopped and had a gun pointed at the Black hotel worker who was wearing a light gray shirt and black pants, telling him he matched the description of a reported gunman. But, the reported suspect had been described as white, with a black shirt and tan pants.

Based on a news release from the Tempe Police Department, Officer Kerzaya had gone to the Hawthorn Suites hotel near Loop 101 and Southern Avenue last month on Aug. 29 on a call reporting that there was a man there with a gun. The manager of the hotel told Kerzaya the suspect was a white man wearing a black T-shirt and tan pants. The manager stated that the suspect left out of the west side of the building.

As Kerzaya went to the west side of the building, he encountered a Black employee wearing a light gray shirt and black pants as he was exiting the building and the Black man identified himself as an employee. Kerzaya then held the man at gunpoint “until he could confirm that he was an employee of the hotel.”

The body camera footage released by the Tempe Police Department shows Kerzaya holding the man at gunpoint for three minutes while confirming with dispatch that the man was an employee at the hotel. Kerzaya is heard telling the Black employee, “I am responding to somebody with a firearm who matches your description,” although Kerzaya had just confirmed with the hotel manager two minutes before encountering the Black employee that the suspect with the gun was a white man.

“While the matter is under investigation and we will await the outcome of that examination, from our early review of the body camera footage, the Officer’s actions were not a demonstration of the quality of service or treatment of people that Tempe seeks to, can and must provide. The fact that no one was injured is a great relief, but that does little to reduce the dissatisfaction with this incident.

“City Manager, Andrew Ching, and I have been reviewing this and other recent incidents closely as we continue to formulate the City’s plans to address these challenges. In this instance, I have spoken several times to the hotel manager and the employee who was wrongly identified as the suspect who prompted the original call for service. We all can imagine the horrible feelings—the humiliation and fear—that the employee felt during the incident and since.”

Kerzaya is currently under investigation by the Tempe Police Department and has been placed in an administrative role.