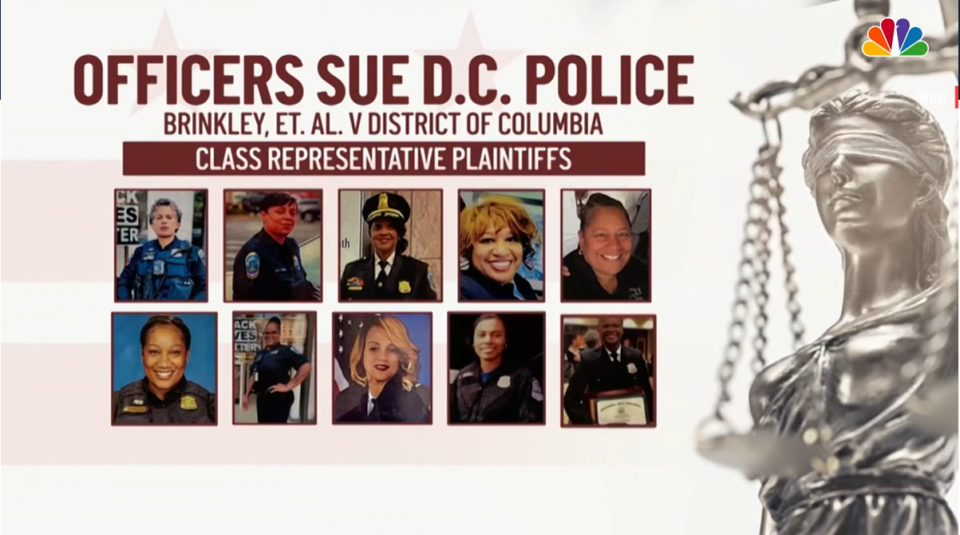 In a more than 250-page class action complaint, the women claim they were discriminated against and the division in charge of addressing such issues was run by a man who has repeatedly expressed hostility toward female officers and colluded with management to discredit women who come forward.

“They come together as a class here to describe how the MPD has, for decades, treated Black women police officers with contempt, to the point of systematic psychological abuse,” the lawsuit states. “As is often the case, the abuse is often not visible by looking at one person, or one incident.”

Brown, who worked for the D.C. Metro Police for five years, told NBC News she was exposed to the department’s culture. She cited one incident, what she believed was an illegal stop and frisk.

In the incident, a group of plainclothes officers from another unit approached a group of young Black men, lined them up against a fence and began to frisk them with no probable cause or radio call prompting them to do so. Brown believed the stop was unlawful and reported it to a lieutenant. Brown’s supervisor asked her to write a formal statement and added that the officers who stopped the group would be told who reported them before asking Brown if she still wanted to go through with the complaint.

Brown declined to write the statement fearing retribution. She added her method of positive policing, which included talking with residents at every opportunity and handing out care packages with socks, water and snacks to the homeless, was frowned upon and made her an outcast.

However, her policing earned her the officer of the year award in 2019, making her the first Black woman to receive the award. However, Brown left the D.C. Metro Police less than a year later.