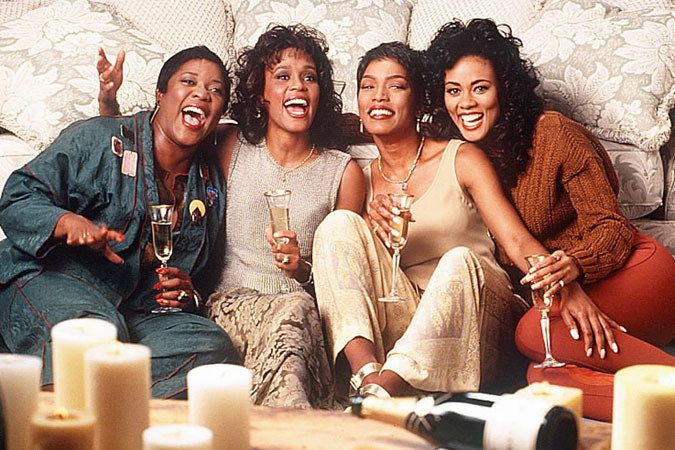 Author Terry McMillan is hoping to reintroduce her beloved Waiting to Exhale characters to a new generation of viewers.

The best-selling writer recently appeared on The Tamron Hall Show and revealed her plans to revive the popular story in a new TV series. The Waiting to Exhale television show has been greenlit by ABC and will be produced by Lee Daniels (Empire). McMillan shared her ambitions to include some of the original cast from the 1995 film adaption.

“I think and hope some of the other members of the cast who are still with us will make cameos,” McMillan told Hall. “They’re trying to recreate the essence of the story and not necessarily a reenactment of the story.”

The popular 1995 movie was based on McMillan’s 1992 novel of the same name. The story follows four Black women with very different lifestyles but all experiencing issues within their romantic lives. The film starred the late Whitney Houston, Angela Bassett, Lela Rochon, and Loretta Divine. The love interests were played by the late Gregory Hines, Leon, Dennis Haysbert, Michael Beach, and Mykelti Williamson.

McMillan is the #1 New York Times bestselling author of Waiting to Exhale, How Stella Got Her Groove Back, A Day Late and a Dollar Short, The Interruption of Everything, I Almost Forgot About You, and the editor of Breaking Ice: An Anthology of Contemporary African-American Fiction.

McMillan’s transition into scripted television comes after her box office success in the 90s, headlined by Waiting to Exhale and How Stella Got Her Groove Back. Waiting to Exhale, released in late December 1995, opened at number one at the box office and ranked among the top 30 movies released that year, as noted by The Hollywood Reporter. Three years later, How Stella Got Her Groove Back, starring Bassett and Taye Diggs, raked in  $37.7 million at the box office with a production budget of $20 million.