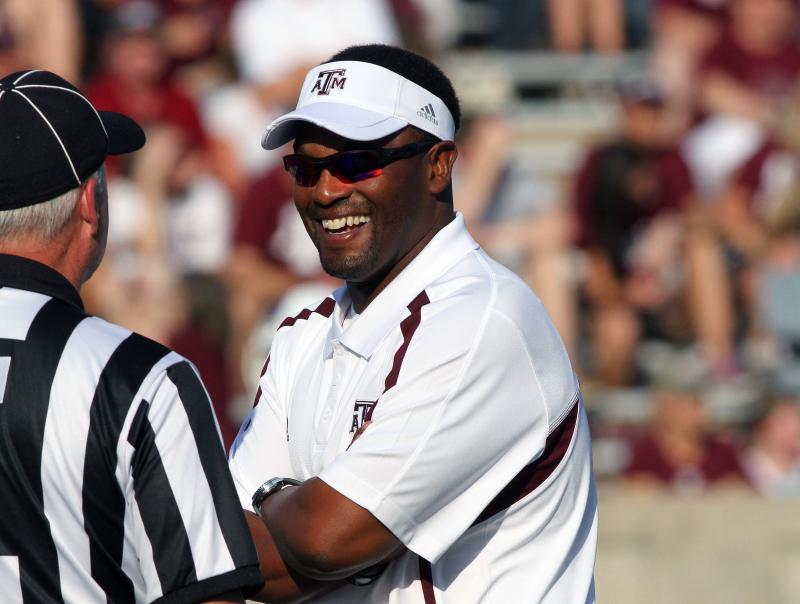 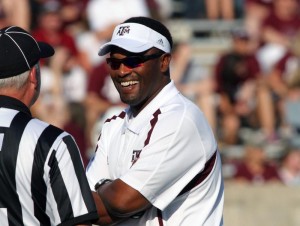 Kevin Sumlin won’t be coaching the University of Southern California, the University of Florida, the Minnesota Vikings or Tampa Bay Buccaneers. In fact, he’ll stay right at home in College Station, Texas with a new deal that keeps him there through 2019.

“Coach Sumlin has demonstrated why he is considered among the nation’s elite football coaches. His coaching and recruiting abilities are only secondary to his integrity, class and passion for his student-athletes and this University,â€ Hyman said. “Texas A&M is making a sincere commitment to Kevin. We are fortunate that he is committed to remaining an Aggie for a long time to come, and we are excited about what the future has in store.â€

“I am humbled and very appreciative of the commitment that Texas A&M has extended not only to me and my family, but to our football program overall,” said Sumlin. “We have only just begun to lay the foundation for sustained, long-term success here at Texas A&M, and we will work hard every day to make this great institution and the 12th Man proud.â€

Many have begun to wonder about the future of Sumlin’s best player, Johnny Manziel. The 2012 Heisman trophy winner is expected to make a decision about whether he will enter the NFL Draft before the Aggies’ bowl game.