Texas Principal Under Fire After Punishing Black Students for Looking Like 'Dr. Dre' 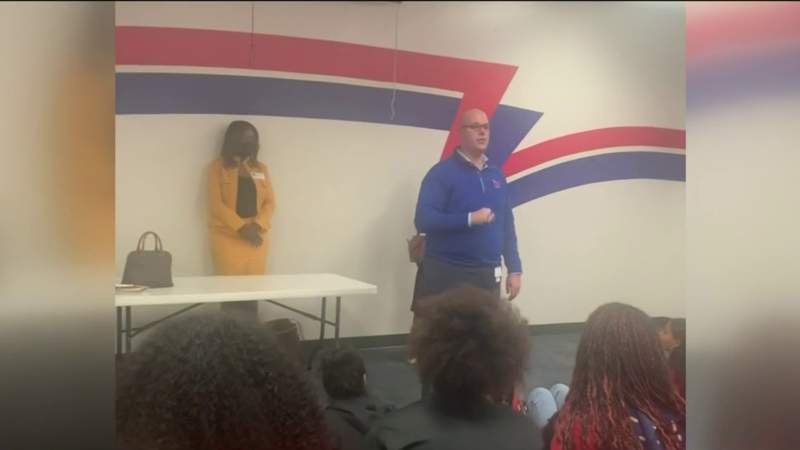 It isn’t likely the media headline Dr. Dre thought he would be associated with. But one Texas high school principal is facing backlash for scolding Black students for looking like the Beats By Dre creator.

Principal Anthony LiVechhi issued an apology after being caught on video last Thursday complaining about how Black students were dressed like “Dr. Dre from the ’90s” and allegedly said they “looked like criminals,” as noted by Raw Story.

It was “’90s Throwback Day” at Oak Ridge High School in Houston, but apparently, the school’s principal didn’t like how some Black students chose to dress for the day of fun.

“It’s embarrassing. It’s frustrating. We have people posing for pictures looking like they’re Dr. Dre from the ’90s. I’m not sure that’s the look we’re going for. It doesn’t make our school look good,” LiVechhi said.

Students said the principal’s comments made them feel like they were living through the civil rights era.

“(It’s) kind of downplaying on the way my mom and dad dressed when they were in school,” senior Nekia Baker told KPRC 2.

“The analogy of comparing us to Dr. Dre was used to bring us down and to degrade the way we were dressing and to degrade our school spirit and our 90s day,” junior Nia Dixon said.

On Monday, activist Quanell X and concerned parents held a meeting with school officials while about 100 students sat and kneeled in solidarity. LiVecchi issued an apology after the meeting.

“I love you all. That’s not how you need to be treated. It won’t happen again,” LiVecchi said in a recorded cell phone video.

But it’s just the beginning. Some students said that some students made racist remarks and terroristic threats in person and on social media during the meeting. Activist Quanell X said those students are being investigated by law enforcement, and he wants to pursue legal action against the culprits.

“Those young children have a victory today because that principal did go before them and apologize for what he said and how he handled the situation,” X said.