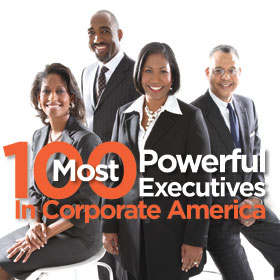 GLADYS DeCLOUET
Senior VP, North American Co. Operations
Burger King Corp.
Power Move: With a strong operations and finance background, DeClouet, who began her career at British Petroleum, believes in a strategy she calls “the service-profit chain,â€ which focuses on increased profitability through effective leadership.
“If we take care of our people, they will do a much better job of taking care of our guests. And they will come back, which will result in higher sales and profits for us.â€
In her current post for less than a year, DeClouet is responsible for all operations and the profitability of the company-owned restaurants in the United States and Canada.

ROBERT L. DIXON
Senior VP & Global Chief Information Officer
PepsiCo
Power Move: Dixon is responsible for directing the global IT and Enterprise Business Transformation organizations. He is at the helm of a major PepsiCo business transformation initiative and has positioned the organization to be the capability engine for PepsiCo.