The 2016 ABFF Awards: Black Hollywood at its Finest 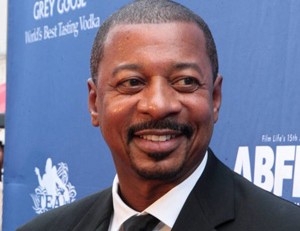 It was a night of inspiration and uplift as hundreds of stars and notables from Hollywood gathered at the Beverly Hills Hilton Hotel for the inaugural ABFF Awards: A Celebration of Hollywood. Among those present on stage and in the audience included superstars Jamie Foxx, Kerry Washington, Ice Cube, Pharrell, and Robert Downey Jr. to honor black cinematic excellence–veteran powerhouses such as Don Cheadle,Â â€Ž Regina King, and Diahann Carroll as well as emerging forces as filmmakers Will Packer and Ryan Coogler. Other tributes included the groundbreaking film, Â Hollywood Shuffle, that was produced by Robert Townsend and the selection of Black-ish and Â Straight Outta Compton as the best TV show and film of the year, respectively.

Those who were not able to attend the night of elegance and empowerment can view the program when it airs on BET and Centric on Tuesday, Feb. 23, at 8 p.m.Â â€ŽEST.

Developed months before the spotlight on Hollywood’s lack of diversity that has grown out of the â€Ž#OscarSoWhite campaign, ABFF Ventures–a joint venture between American Black Film Festival and BLACK ENTERPRISE–produced the program as part of its mission to provide a showcase for black trailblazers and innovators in the film industry. ABFF Ventures then partneredâ€ŽÂ with BET to broadcast the event.

In opening the program, BLACK ENTERPRISE President and CEO Earl “Butch” Graves Jr. said: Regardless of how Hollywood measures success, we will always recognize the accomplishments of our own.

ABFF Venturesâ€Ž CEO Jeff Friday shared with the audience that such recognition has been a part of ABFF’s thrust for 20 years. Moreover, the organization has seen the need to take such measures to diversify the industry “because Hollywoodn’t.”

Comments and tweets from a number of attendees confirmed that they fully appreciated the event’s intent as well as ABFF’s role over the years. Ice Cube â€Žtold the audience that the black entertainment community didn’t need validation from others.

Distinguished ABFF Alumni Awardee Will Packer, the filmmaker who produced blockbuster films such as Ride Along and Think Like A Man that haveÂ grossed more than $1 billion at the box office, credits ABFF with giving him his start and a platform to build his audience. In an emotional speech, Ryan Coogler, director of blockbuster CREED, and recipient of the Rising Star Award personally thanked Friday for believing in him and placing him on the path to finance and complete his breakout film, Fruitvale Station. The 29-year-old gained the highest kudos from Don Cheadle who, upon receiving his Excellence in the Arts Award, said, “I want to be Ryan Coogler when I grow up.” Cheadle also acknowledged that he “stood on the shoulders of Â giants” in the audience–an esteemed group that included actors Louis Gossett Jr., Richard Roundtree, and director Bill Duke.

Regina King, who also received an Excellence in the Arts Award,â€Ž used her acceptance speech to focus on the less fortunate: children who have been killed by violence and have not gained certain advantages that will make them successful in life. She challenged the audience “to create opportunities” for young black girls and boys and “let them know their lives matter.” Coogler used the opportunity to garner support for a Feb. 28 fundraiser to address the Flint water crisis.

One of the showstoppers of the evening was the triâ€Žbute to Legacy Award recipient Diahann Carroll, which included readings from her autobiography from actresses Kerry Washington and Loretta Devine.

The sponsors for the ABFF Awards were Cadillac, Hilton, Hennessy, Prudential, Morgan Stanley and Verizon.