Here’s how Bunch developed the museum. 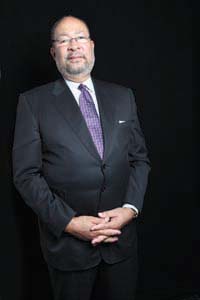 Make the vision real
If you spend any time at NMAAHC headquarters, you’ll find among the slew of memorabilia, several large sheets of yellow flipchart paper taped on a wall in the office’s glass-encased conference room. Representing Bunch’s thinking process and his “2 a.m. conversations,â€ they outline development plans for the museum from 2009 to opening day in 2015. He wasn’t guided by “a lot of management theory, but by all our ancestors. I find myself saying, ‘How would Frederick Douglass or Sojourner Truth handle the opportunity to do something that can transform a nation?’ I come from a culture that’s accomplished amazing things, and it gives me confidence to move forward and do this job.â€

Bunch isn’t new to the Smithsonian–he’s worked there off and on for 20 years. Before serving as head of the Chicago Historical Society (now the Chicago History Museum), he was associate director of the Smithsonian’s National Museum of American History. Still, when offered the job of leading the NMAAHC, he turned it down. The top brass lured him back by cleverly asking him to develop a document detailing the type of institution he would create if he were leading it. He reflects: “I spent three months just thinking about what this museum could be before I came back here. I [would write on] yellow pads of paper and put on the walls, ‘Vision … what makes this a 21st-century museum?’ And then, ‘What makes it a Smithsonian museum?’ I basically laid out a series of questions and began to fill up the sheets to come up with the vision.â€

He realized millions would walk through the museum and sought to establish “a pilgrimage place for African Americansâ€ and an accessible vehicle for international visitors. “It’s a great opportunity to change the way people think,â€ he asserts.