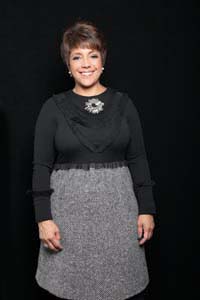 He initially focused on an overarching, 10-year plan, but scrapped the idea after talking with then-Chicago Mayor Richard Daley, who told him, “Why do you want to go back [to Washington] and run a project? People don’t care about projects.â€ Bunch decided that “rather than plan for and build a museum, my job is to make the museum exist from the day I started … to be up and running now to show people … to show funders … to show the public … here’s the kind of educational opportunities you have.â€

It was a novel approach, enabling Bunch to tap leading curators, authenticators, and historians to develop exhibits and write books. Next, he secured gallery space to open an exhibit of black photography in 2006. “When we opened the gallery, Rep. Eleanor Holmes Norton stood up and said, ‘I can’t believe there are 700 people at an opening for a museum that doesn’t exist.’ It allowed me to get donors right away.â€ Moreover, he found that technology would be critical to reach a 21st-century audience. So the old-school historian hired what he calls “digital nativesâ€ to create a virtual museum featuring readily accessible historical content.

As he refined his vision to kick-start fundraising and public engagement, he also oversaw the body that would select the museum’s architects. “I was asked more than any other question: ‘What’s the building going to look like?’ It was a fool’s errand to try to define what it would look like. I had to define what it should feel like … resilience and optimism, spirituality and uplift.â€

Bunch and company ensured that the bidding process would be transparent through an international competition that included some 50 firms. It took months for the jury to choose the triumvirate of versatile designers: Max Bond, the distinguished African American architect who died in 2009; Philip Freelon, an African American architect known for innovative designs of libraries and museums; and David Adjaye, a British Ghanaian architect whose firm has designed eclectic structures in London, Berlin, and Moscow. “Everybody else focused on the trauma of the African American experience, the hardship,â€ says Adjaye. “We came in and said, ‘This is not a story just about trauma, it’s actually a story about celebration and extraordinary achievement in the face of adversity.’â€
In the end, this was the team that captured Bunch’s vision.