The Body Of Nnational Guard Member Bishop Evans Has Been Found 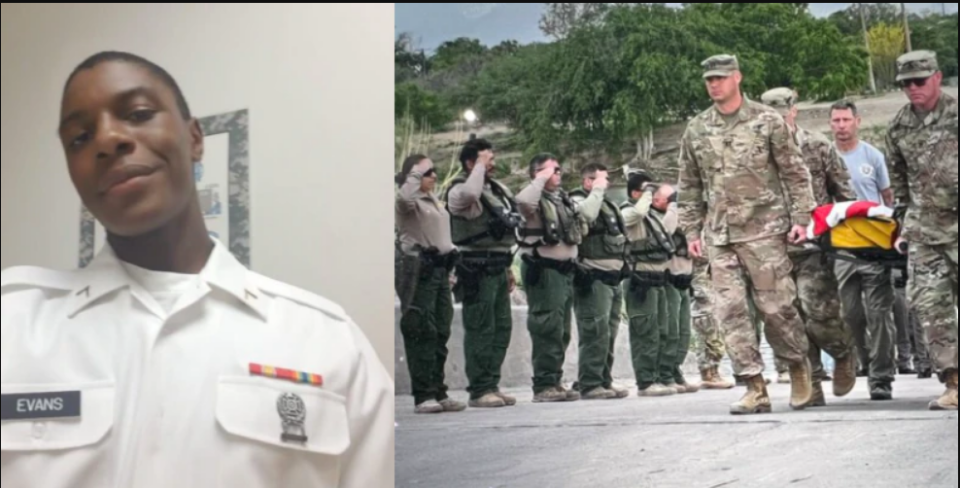 Multiple sources confirm the body of missing TX National Guard soldier SPC. Bishop Evans was found this morning. He is presumed to have drowned after jumping into the Rio Grande to save two people crossing illegally in Eagle Pass on Friday. (Image: Twitter)

“This young soldier made the ultimate sacrifice in the name of protecting and serving our country. He will never be forgotten,” U.S. Rep. Tony Gonzales told CNN.

According to the Texas Military Department (TMD), Evans, 22, was an artilleryman from Arlington and served in the National Guard for almost two years. He was also deployed to Kuwait with assignments in Iraq as part of Operation Spartan Shield.

According to local authorities, Evans attempted to help a pair of migrants as they crossed the border by Eagle’s Pass, Texas. The migrants are suspected of being “involved in illicit transnational narcotics trafficking” and are in the custody of the U.S. Customs and Border Patrol.

In a statement, Abbott said Evans heroically served his state and country.

“We are heartbroken to learn of the death of SPC Bishop E. Evans who was reported missing in Eagle Pass on Friday,” said Abbott.

“Our National Guard soldiers risk their lives every day to serve and protect others and we are eternally grateful for the way SPC Evans heroically served his state and country. I thank the members of the Texas National Guard, the Texas Department of Public Safety, Texas Parks and Wildlife, Border Patrol, and local law enforcement for working around the clock to locate this soldier. The Texas Military Department will continue to provide more updates to the public as they become available. I ask that Texans join Cecilia and me in praying for the family and friends of SPC Evans as they grieve this heartbreaking loss.”