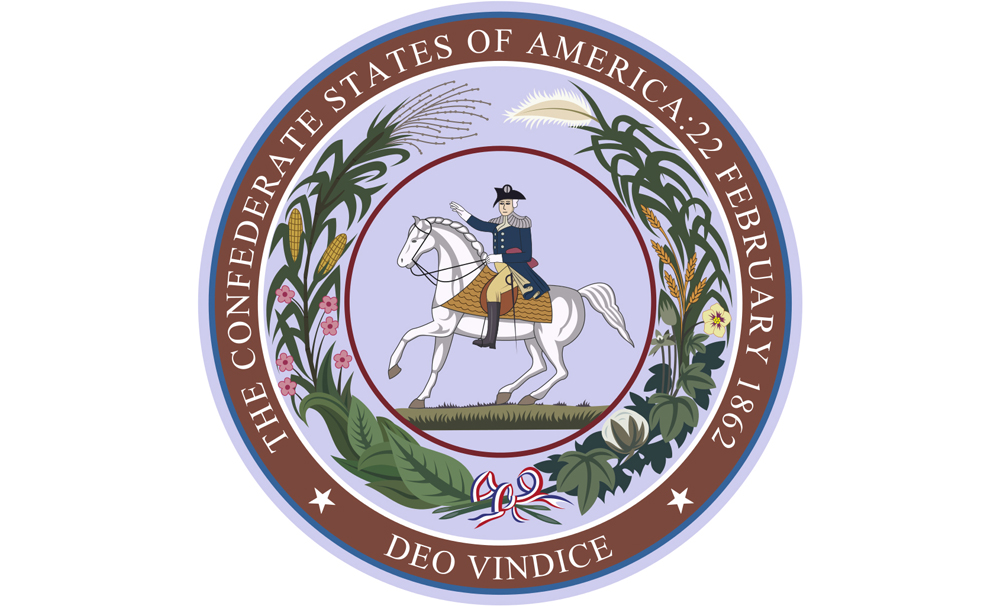 In 2013, the always innovative, always controversial, and always outspoken rapper and designer Kanye West made headlines with his Yeezus tour. Among the many highlight moments provided – the Maison Martin Margiela face masks, the now infamous rants against racism and classism in both the music and fashion industries, the Jesus-like figure that appeared during the show – was the inclusion of the Confederate flag prominently displayed on his tour merchandise. In response to the stunt – the media called him out, questioning what, if anything was the point of the flag’s inclusion on his merchandise. In an interview with Los Angeles radio station 97.1 AMP, West explained his motivation – “React how you want,” West said. “Any energy is good energy. The Confederate flag represented slavery in a way. That’s my abstract take on what I know about it, right? So I wrote the song ‘New Slaves.’ So I took the Confederate flag and made it my flag. It’s my flag now.”

In a separate op-ed piece unrelated to Kanye West or his tour merchandise, Al Sharpton wrote, “The Confederate flag symbolizes dehumanization, injustice and pain. It is a stark reminder of an era in our history that was defined by the abhorrent practice of slavery. And it is representative of a mentality that looked upon Blacks as inferiors who needed to remain in the shackles of subservience. If you don’t believe me, ask family members of those that were beaten, castrated and lynched under the guise of that Confederate flag.”

In his attempt to reappropriate the flag, to trivialize its meaning, and to perhaps even laugh in the face of those that value it as more than a relic of American history – Kanye West, a global pop star, struck a nerve that ran so deeply, that was connected to so much pain that he was forced to reconsider. The backlash that Mr. West received, ultimately led to him revisiting his merchandise and removing the controversial image.

Last week, Dylan Roof – a 21 year old armed with a gun and a vicious hatred – killed nine black men and women in Emanuel African Methodist Episcopal Church in South Carolina, one of the oldest and most historic black churches in the country. Since the shooting, investigations have recovered several images and documents confirmed to be of, or by the shooter. Roof’s fascination with the flag and it’s symbolism have sparked a global debate about its place in modern American society; a society that has repeatedly espoused claims of equality, justice, fairness, racial progression, and even racial harmony. The debate rightly centers on the question of how any of those things can co-exist with a symbol like the Confederate flag waving proudly over citizens that have felt the repercussions of the history that the flag represents, and continue to face obstacles that are in no small way related to the symbol.

As the families of those slain, and the nation as a whole, continue to recover from the church massacre – sales of confederate flag adorned merchandise are booming as several large retailers have said that they will stop selling Confederate flag merchandise. In a recent report that explored the spike in sales, it’s noted that  “on Monday… Amazon showed just two Confederate flags among the 60 bestselling items under “Outdoor Flags and Banners”… the following morning five of the top 20 best sellers in the category were Confederate flags, including the No. 1 bestseller… [and] among the top 60, 12 were versions of the Confederate flag”.

In a statement Walmart said of their decision, “We have taken steps to remove all items promoting the Confederate flag from our assortment — whether in our stores or on our website,” Walmart said in a statement. “We have a process in place to help lead us to the right decisions when it comes to the merchandise we sell. Still, at times, items make their way into our assortment improperly — this is one of those instances.”

Ebay spokeswoman Johnna Hoff commented on the company’s decision regarding the flag that “it has become a contemporary symbol of divisiveness and racism… This decision is consistent with our long-standing policy that prohibits items that promote or glorify hatred, violence and racial intolerance.”