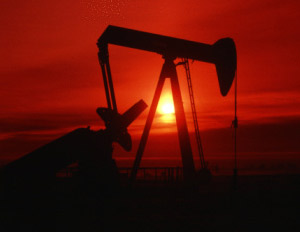 President Barack Obama defended his administration’s energy policy last Friday, citing that last year U.S. oil production reached its highest level since 2003 and the amount of oil and gas imported accounted for less than half of what the nation consumed–a trend that hasn’t occurred in more than a decade.

House Speaker John Boehner, however, accuses the Obama administration of being responsible for rising energy costs. “The Obama administration has consistently blocked American energy production that would lower costs and create jobs in our country,â€ the Ohio Republican told reporters at his weekly press conference. “They’ve canceled new leases for exploration, jeopardized our nuclear energy industry, and imposed a de facto moratorium on future drilling in our country.â€

At Friday’s news conference, Obama shot back at Boehner, stating that “any notion that my administration has shut oil production might make for a good political sound bite, but it doesn’t match up with reality.â€ He maintained that his administration is encouraging offshore exploration and production but doing so responsibly, and has approved more than 35 new offshore drilling permits that meet improved safety and environmental standards.

Obama also pointed to new national fuel efficiency standards for cars and trucks established last year that will save consumers money and conserve more than one billion barrels of oil. In addition, he said, people are working in green industry jobs that didn’t exist a couple of years ago, manufacturing wind turbines, solar panels and electrical car batteries.

Today the average cost of a gallon of gas is more than $3.50 and a recent Pew Research Center poll shows that the 90% of Americans say the news they’re hearing about gas prices is “mostly bad,â€ compared to 77% in February. That’s the kind of news that always makes politicians nervous, but Obama suggested it should be used to change course.

“Every few years, gas prices go up; politicians pull out the same old political playbook, and then nothing changes. And when prices go back down, we slip back into a trance. And then when prices go up, suddenly we’re shocked,â€ he said. “American people are tired of that. We’ve got to work together–Democrats, Republicans, and everybody in between–to finally secure America’s energy future.â€