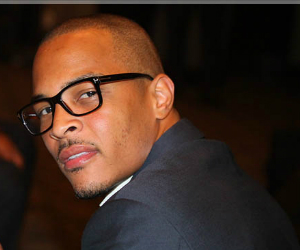 T.I. continues to get his hustle on!

According to The Hollywood Reporter, the talented rapper has placed his signature on the contracts of UTA (United Talent Agency). The agency is home to many diverse people ranging from Johnny Depp, Harrison Ford, Owen Wilson, Gwyneth Paltrow, Jennifer Lopez and Anthony Hopkins.

Tip ‘T.I.’ Harris has already released 8 studio albums, appeared in several movies (ATL, American Gangster, Takers), has his own reality series (T.I. and Tiny: The Family Hustle), had a recurring role on the Starz drama, ‘Boss’, and recently handled broadcast duties at an NBA game.

He is slated to join Lil’ Wayne on the America’s Most Wanted Music Festival tour this summer.