5 Hidden Traps of Transitioning into a New Leadership Role 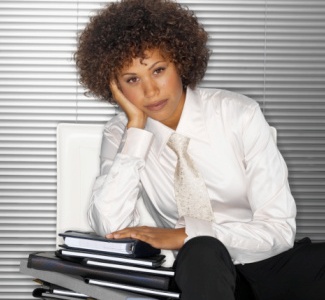 In this special five-part BlackEnterprise.com series, Lisa Bing, educator, corporate consultant and founder of Bing Consulting Group Inc., talks the keys to dynamic leadership success and how to position yourself to take the helm.

So, you’ve just been promoted or taken on a new leadership role in a new department or company. The excitement can quickly wear off when you realize, that suddenly, things are not going as smoothly as they used to.

You’re still the smart, competent person you were in your last position, so what’s happening? You’re in transition, that place between what was and what is yet to be – the hairiest part of change.Â Leadership transitions can be especially daunting because there are traps that often go undetected until you fall in. Here are five common traps:

Not realizing that your “workâ€ is fundamentally changed.
The work of managers is to get work done through others. This distinction is often not made explicit for new managers and many go for years without making a successful shift. Difficulty delegating and integrating input from others are clues this may be an issue.

Not realizing you’re now a member of multiple teams.
As a newly minted senior vice president, Kim D’Abreu quickly realized that she was not only responsible for her direct team, but she was now part of the senior leadership team and had to forge productive relationships with her functional counterparts.

Pressure to come in with the perfect vision.
Collaborating with your team to create a shared vision eliminates the need for “buy inâ€. This doesn’t mean that you shouldn’t have thought about an overall direction, for example, to strengthen brand awareness, build membership, increase market share, improve service etc. Â But you’re likely to move further faster by sharing your initial thoughts early and inviting input that you incorporate to create a shared vision.

Underestimating the power of the team.
Build trust and rapport with your team quickly. And keep it simple. People want to know you, what you stand for, what they can expect from you and what you expect from them. Don’t talk about what was done at your last gig because that’s a huge turn off.

What are your biggest challenges in transitioning into a new leadership position? #Soundoff and follow Lisa on Twitter (@LisaABing).

Lisa A. Bing works with leaders and executives to aid them in extending influence and improving workplace performance. Her company, Bing Consulting Group, boasts clients including Deutsche Bank, Procter & Gamble, Verizon, New York City Police Department, and The American Cancer Society. The seasoned consultant has more than 20 years experience in professional executive coaching and skilled corporate team building and has been honored by The Network Journal as one of the “25 Influential Black Women in Business,” among other honors. The Brooklyn, New York native chairs the Concord Christfund Board of Governors, sits on the executive committee of the Brooklyn Chamber of Commerce and has served as president of the American Society For Training and Development—NY.