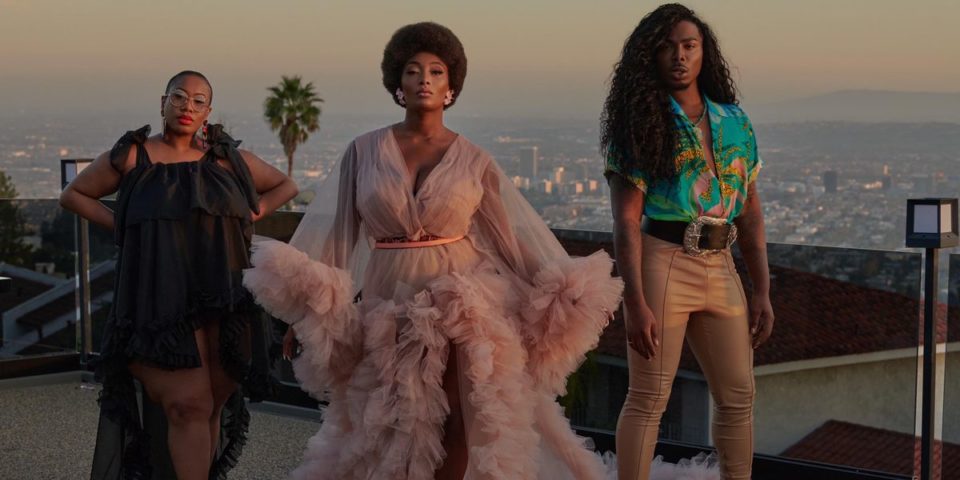 The Shade Room is taking its dominating media platform to new heights with the launch of its new digital series aimed at finding the next top plus-size model.

The urban media outlet is set to premiere the first modeling competition series for plus-size women. Entitled Thick House, the show will follow a group of seven aspiring models and their journeys to impress the judging panel and become social media influencers, Deadline reports.

Longtime fans of Tyra Banks’ popular America’s Next Top Model series can remember the lack of size diversity that carried on into the show’s 20+ seasons. Tocarra Jones became a household name during her time competing on the show. Despite not winning her season, her vibrant personality, gorgeous looks, and voluptuous curves made her a standout.

Now Jones will return to what she does best. But this time around she’ll serve as the host of the competition alongside two judges with reputable careers in fashion. Celebrity stylist EJ King and plus-size fashion blogger and stylist Kelly Augustine are set to judge the competition with Glee star and Dancing With The Stars winner Amber Riley making guest appearances.

Jones took to Instagram to share the big news. “FINALLY!!! It’s been hard tryna keep this cat in the bag but I am honored to announce that I, The FABULOUS Toccara will be hosting “Thick House,” a plus-size modeling show brought to you by @theshaderoom,” she said.

“[The judges] are looking for the next viral modeling sensation to cultivate a hot new fan base,” the show’s synopsis says, as noted by Paper Magazine. “Seven diverse plus-sized glamazons compete to impress the panel of catwalking judges and special guests [as they] navigate the modeling industry in the age of social media.”

The show’s format joins a growing list of content aimed at promoting body positivity. Grammy Award-winning singer Lizzo is set to release her original Amazon series where she searches for a group of full-figured women to perform with her on stage.

Thick House is produced by the founder of The Shade Room, Angelica Nwandu, and Sickbird Productions, Madame Noire reports. The new series is set to premiere on Facebook Watch on May 16.