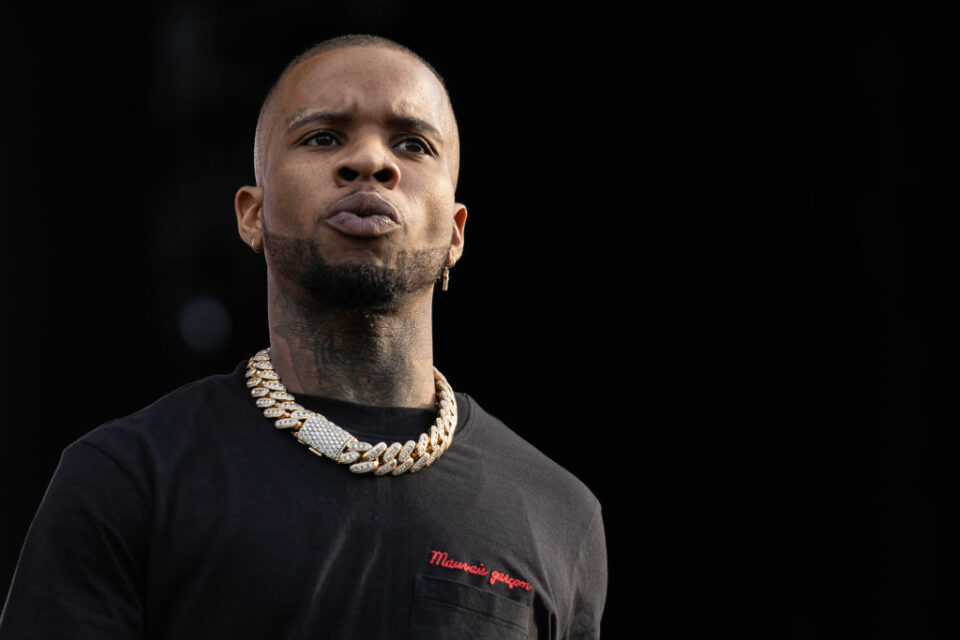 Singer Tory Lanez opted out of testifying in his shooting trial of Megan Thee Stallion. Now as he sits in jail following his conviction last month, the Toronto native reportedly regrets his decision not to testify.

As Lanez, real name Daystar Peterson, awaits his sentencing for assaulting Thee Stallion with a semiautomatic firearm, it’s said that the “Say It” singer feels like he was misled by his trial lawyer into not testifying in his own defense, Rolling Stone reported.

Sources say Lanez wanted to take the witness stand to plead his case but his lawyer George Mgdesyan talked him out of it. Now as Lanez awaits his sentencing after being found guilty in the shooting, he apparently wishes he had taken the stand to testify.

The LUV singer was convicted on all three assault charges December 23. Lanez is facing up to 22 years in prison ahead of his sentencing set for next month.

While he didn’t take the stand, Thee Stallion gave an emotional testimony during the two-week trial, recalling the night Lanez shot at her after allegedly telling the “Savage” rapper, “dance b****h.” The singer’s decision not to testify came after prosecutors told the court of their plans to bring in impeachment evidence if Lanez took the stand.

Among the evidence included Peterson’s alleged assault of fellow musician August Alsina in September 2022 and a music video in which Lanez acts as a butcher while carving up a horse leg in what many took as a reference to the shooting incident with Thee Stallion.

Lanez’s new defense lawyer, David Kenner, won’t address the alleged “mistakes” that they plan to use in the defense motion for a new trial. But he did confirm that Casey Anthony’s lawyer Jose Baez has joined him and co-counsel Matthew Barhoma to form Lanez’s new defense team.

“I welcome the addition of Jose Baez to the defense team,” Kenner said. “It is our collective view that, based upon a motion for a new trial, and if necessary an appeal, we will ultimately be successful in freeing Tory Lanez.”