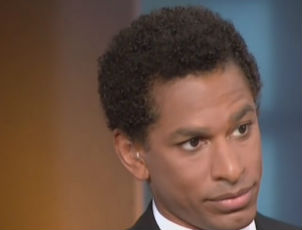 MSNBC commentator and columnist Toure is in trouble for remarks he made today about Republican presidential nominee Mitt Romney.

Toure, who has been known to make his fair share of controversial comments, said on his show “The Cycle” today that Romney is trying to paint Obama as the “angry black man.”

“That really bothered me,” TourÃ© told the show’s panel. “You notice he said anger twice. He’s really trying to use racial coding and access some really deep stereotypes about the angry black man. This is part of the playbook against Obama, the ‘otherization’ – he’s not like us.”

“You are not one of us, you are like the scary black man who we’ve been trained to fear.”