Toys R US to Launch Tabeo Tablet for Kids 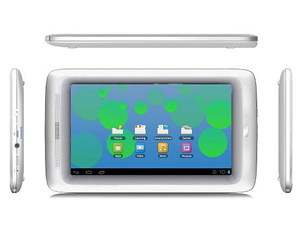 With the holiday season fast approaching, Toys “R” Us is unveiling its own Android-based tablet. Hitting stores on Oct. 21, the $149.99 tablet named Tabeo is giving the retailer a large stake in the tablet business, which is currently being dominated by Apple (maker of the iPad), Samsung (originator of Galaxy line), and Amazon (producer of Kindle Fire).

Tabeo comes equipped with Wi-Fi connectivity, 4GB of storage and a 7 inch, multi-touch screen, and front- and rear-facing camera, according to CBS News. The touch-screen tablet will come preloaded with 50 kid-friendly apps, ranging from book app istorybooks to games like Angry Birds and Fruit Ninja.

Toys “Râ€ Us began accepting pre-orders for Tabeo on Monday.