What Does a Trump Administration Mean for Our Schools? 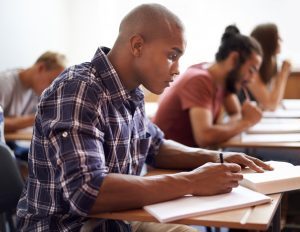 There’s a lot of commentary and reporting online about Trump’s transition to the White House (words I never thought I’d write), and how the new administration’s policies might affect ourÂ schools.

I just read this on The Washington Post site, which had first been published on the Hechinger Report, from Aaron Pallas:

“I’ve been joking thatÂ neurosurgeon Ben Carson‘s–President-elect Donald Trump’s pick to be secretary of Housing and Urban Development–primary qualification is that he grew up in a house. But Betsy DeVos, his choice as education secretary, attended private schools and sent her children to them. So, as far as personal interaction with public education, she doesn’t even haveÂ thatÂ going for her.”

DeVos is a staunch advocate of school choice, who has a billion-dollar family fortune at her disposal.

But, choice only works when the choices offered are better than what you already have.

At our neighborhood house tour this year, a young mother–whose children attend a great public school, but one outside their zoned district–told me that, in our neighborhood, she had a choice all right; it was either one failing school or another.

Once her kids started at the better school, she saw a difference in them almost overnight.”Choiceâ€ didn’t make the difference–the better, more effective, more engaging school did.

Sometimes the “choiceâ€ is a for-profit charter school, which, like for-profit colleges, focus on the bottom line, not student outcomes.

Evidence of What Works

It’s interesting that the Every Student Succeeds Act, which President Obama signed into law roughly this time last year, calls for evidence-based policy decisions. In addition, there is no evidence that school choice works, when the choices aren’t good–whether the choices involve traditional public schools, charters, or others.

We can’t afford to pursue a policy of choice for choice’s sake.

Instead of focusing on choice, which only works when the choices offered are better than what you already have, the new education secretary should support what works to improve student outcomes, and on making that possible in schools across the country.

Our schools deserve nothing less.