Critics blasted President Donald Trump and the executive order on policing that he signed Tuesday amid nationwide protests and demands for police reform following the deaths of George Floyd and other black people at the hands of police.

The president made the announcement in a White House speech presented to an audience of law enforcement officials and police union members, reports CNN. Although he claimed to sympathize with the families who lost loved ones to police violence, Trump repeatedly hailed officers throughout the speech and called for “law and order.”

“Without police, there is chaos, without law there is anarchy and without safety there is catastrophe,” he said.

He went on to denounce the campaign to defund police departments and said police were owed respect for their work. The president also praised the efforts of law enforcement in handling the surge of protests, riots, and looting around the country.

At another point during the speech, Trump veered off-topic and falsely claimed that scientists invented a vaccine for HIV/AIDS. “They’ve come up with the AIDS vaccine,” he said, sparking backlash on Twitter.

“They’ve come up with the AIDS vaccine” pic.twitter.com/Z8MQK5Bi2F

The executive order creates a federal database of police officers with a history of using excessive force. It also uses the promise of federal grant funding to incentivize police departments to meet a set of standards, which includes a ban on chokeholds except when an officer’s life is at risk. However, only departments that choose to get certified would have to comply with that standard. In addition, NBC News notes that “the Supreme Court has already said that under the Constitution, deadly force is only allowed when police officers fear for their own safety or that of others.”

The order also allows the Justice Department to allocate funding to certified police departments for police training and de-escalation techniques. Furthermore, police departments will be encouraged to dispatch mental health professionals to help those suffering from mental illness, homelessness, and addiction.

The order comes amid a national call to defund the police and reallocate their funds to invest in community programs and services, including affordable housing, mental health, and public education.

In response to the executive order, The Movement for Black Lives (M4BL) denounced the order as “toothless” and “ineffective.”

“By the administration’s own admission, this order does nothing to address the systemic racism deeply ingrained in the origins of law enforcement,” said Jessica Byrd, the co-founder of the M4BL’s Electoral Justice Project, in a statement. “Making matters worse, this administration wants to give more resources to a system that has proven to be abusive and fatal to Black people.”

Civil rights leader Benjamin Jealous, the former president of the NAACP and current president of People For the American Way, also criticized the order for failing to implement sweeping police reforms.

“Today’s address by Donald Trump on police violence was offensive, tone-deaf, and inadequate,” he said in a statement. “Instead of focusing on victims of police violence, he cast police as the wronged parties. He fell back on the ‘law and order’ dog whistles he so often sends to his base. This executive order will do nothing to change policing on the ground, does not address accountability for police violence and lacks the meaningful changes we need for real reform.”

On the other hand, CNN host and REFORM Alliance CEO Van Jones praised the order as a step toward progress.

“The executive order is a good thing,” Jones said during an appearance on CNN’s Inside Politics, reports The Hill. “Mainly because you saw the support of law enforcement there. That gives you a sense of where the bottom is, where the floor is for reform, and that floor is higher than it has been.”

He added, “There is movement in the direction of a database for bad cops. We have never had a federal database for bad cops, that’s why all these cops go all over the place doing bad stuff. The chokeholds, that’s common ground now between [Speaker] Nancy Pelosi and Trump. Good stuff there.” 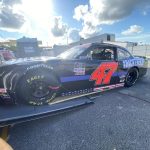 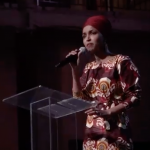