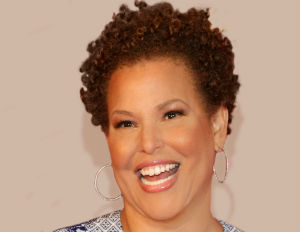 Twitter recently announced that Debra L. Lee, chairman and chief executive officerÂ of BET Networks, willÂ serve as a member of the board of directors effective immediately.

Lee, who recently shared her experience in the C-suite at Black Enterprise’s Women of Power Summit,Â is one of the highest-ranking African American women at Viacom Inc., the parent company for BET Networks.

The announcement comes months after Twitter’s co-founder, Jack DorseyÂ returned to the company after seven yearsÂ to serve as the interimÂ CEO. Back in November, DorseyÂ began to talk aboutÂ diversifying the company’s board and has made it known he plans to make diversity a business priority.

More additions to the board soon, ones that will bring diversity and represent the strong communities on Twitter. This matters & is a must.

With 68.5K followers that she actively engages on Twitter, Lee also understands the merits of the platform and how it is used today.

Thrilled to be joining the @twitter board. It’s transformed the media and the world like few other things in history (and continues to)!!

Following the 2016 Annual Meeting of Stockholders on May 25, Lee will serve asÂ chairperson of the nominating and governance committee. In this role, she will chairÂ the committee that assists in identifying qualified individuals to join the Board, and developsÂ and maintains corporate governance policies.

“Debra’s addition strengthens our Board immensely, said Omid Kordestani, Twitter’s executive chairman.”Â She’s a highly respected leader in the media industry with decades of experience, and has a clear passion for Twitter as a service and a company.”

Before becoming BET’s president and chief operating officer in March 1996, Lee was the network’s executive vice president. Lee also played a major part in taking BET public in 1991. In 2003, Lee became the first African American female executive to receive the Distinguished Vanguard Award for Leadership from the National Cable Television Association. Additionally, she wasÂ inducted into the Broadcasting & Cable Hall of Fame and the Washington Business Hall of Fame.Â